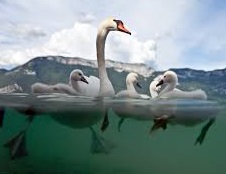 We all have become accustomed of late to earth shattering  legal decisions which have or will have profound results for our daily lives and/or the way we live both as individuals and as a nation.  However it`s not always the headline making stories of legal jousting which illustrate just how authority or those entrusted with enabling parliamentary direction alter people`s lives.
The police have been granted since my appointment two decades ago, increasing powers of control over ordinary citizens without recourse to the courts.  Indeed some forms of authority which used to be under the auspices of police at superintendent level are now available to inspectors. Evidence based out of court decisions by police or local authorities are not now necessarily the norm.  An interesting case at  St Albans Magistrates' Court before a professional District Judge (MC) rather than a bench of magistrates which arguably would have been more suitable in the circumstances has been recently reported involving a man`s private hire driver's licence. A fairly comprehensive report is available here. Nowhere is it mentioned that the individual was legally represented.  Thus his livelihood was taken from him on a subjective balance of probabilities.  I find this case very disturbing.  His rights as an individual seem to have been as secure as a dissident`s in Soviet Russia. Of course he has the right of appeal to a higher court but from all accounts he is an ordinary working man without the means to pursue such an action.
There are those who will maintain very loudly that this is a "free" country.  A case like this suggests that the gliding appearance of the freedom swan on the placid surface of the river of state is belied by the increasingly frantic motion of the underlying webbed feet beneath that surface.