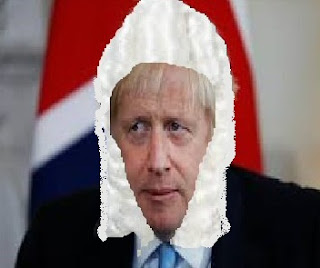 There is no doubt that every government of every hue has to manage secrecy.  That is a simple statement to make but far from simple to practise and manage.  Since the catastrophic decision to hold a referendum in 2016 to this casual onlooker it appears that there have been more leaks from the government than in the water pipes under London` streets. But there is one department where leakage of information seems to be kept under control and that is within the Ministry Of Justice. Despite or perhaps because it has an enormous press and public relations department employing many dozens or perhaps hundreds of workers; even that number is not available, the goings on surrounding those who are the public face of justice ie magistrates and judges are strictly off limits.  Certainly the public face of retribution for those under its auspices erring or deviating from sometimes obscure guidelines; the Judicial Conduct Investigations Office  publishes its somewhat truncated reports monthly or even more frequently. But what is unavailable for inspection, unlike disciplinary hearings at the General Medical Council and similar organisations is a complete report of the circumstances surrounding the alleged guilty party including any defence offered. It is totally valid statistically that magistrates figure in these reports many times more than others also beholden to the same body. What we do not know is how many individual investigations fail.  Not even anonymised statistics are publicly available.  How ironic that it is the Ministry of Justice where open justice is concealed.

During my active time on the bench I was privileged to have very courteous knowledgeable District Judges working from our courts and who were always available for advice and guidance. Others became known to me by their presence at training events and others still on a social basis. I suppose in total they numbered many dozens if not a hundred or more one of whom was Margot Coleman. It surprised me to read that she retired on October 1st many years before the compulsory retirement age. She had presided over a court last year which  found Boris Johnson had questions to answer over remarks made during the Brexit referendum campaign and which was later overturned on appeal.   Having noted our prime minister`s reaction to the recent judgements of the Supreme Court and his vindictive manner with regard to possible consequences to that court`s constitution I sincerely hope that Ms Coleman`s early departure from the bench is unrelated to her actions last year.