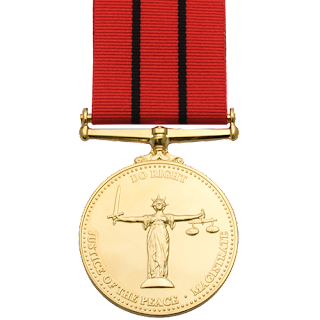 On November 30th 2009 when this blog was but  a fortnight old I wrote what is copied below.  The MA forum to which reference is made was withdrawn about two years later because the powers that be considered it was giving members too much vocal power. But at this time of year when memories of my father in law`s generation and its mementos awarded as participants in that wartime struggle are so recent  we have recently had so called "leadership magistrates" imposed upon the hierarchy of those who influence and control the magistracy.  They were appointed by the Ministry of Justice initially with their names withheld  at the same time as true elected magistrates representatives indicated by the Bench Chairman`s Forum was disbanded. Of course these "influencers" to use the modern term have no thought of any future honours which might be available in the future.

"My late father in law served in Burma during WW2 and like many of his generation never talked about his experiences until a year or two before his death when my son, his grandson, was still in short trousers I suggested he give him his medals to show future generations that his grandpa was a hero like others who had been given no choice in 1939 but willingly accepted a citizen`s obligation to fight for his country. To my surprise he told me that he had never bothered to apply for them. He hadn`t won an MC or been mentioned in dispatches; he had just done his duty and didn`t expect any recognition. With some reluctance he wrote to the Ministry of Defence and the service medals were duly sent to him. I still hold them in safekeeping for my son.

How different today.....senior civil servants expect a gong just for doing their job for a few years and low level employees in the M.O.D. expect and receive bonuses although how such a conglomerate can justify and calculate a "bonus" escapes me however many verbose attempts are made by those ensconced in the same sweetie jar. It seems the same glittering virus has infected magistrates especially the very small vocal minority who post on the Magistrates` Association private Forum where in a poll 83% were sympathetic to the idea of a JP`s long service medal. The pressure was such that it even reached the recent AGM of the Association as a proposal. Thankfully in that arena sense ruled and it was thrown out. Are the days now gone when, as in the case of JPs, voluntary work had its own reward without bits of metal to be worn demonstrating ostensibly what a good chap/chapess"?