POLICE A DECADE ON 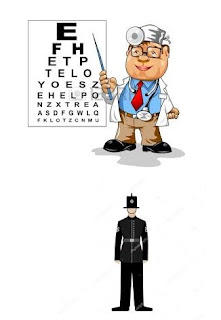 Exactly ten years ago I blogged as copied below.  It seems that despite all that has happened since then the police have learned little of what the public expects.  Even with hindsight I don`t believe that there is a willingness for police to learn and that is as dire for us, the public, as it is for them.

by TheJusticeofthePeace@ 23. Nov. 2009. – 12:13:02
Sir Hugh Orde, president of ACPO wrote recently in The Times with his recommendations for a restructuring of policing. He appears to be taking not unnaturally a top down approach as opposed to giving consideration to the requirements at a local level where the vast majority of the population is not a victim or terrorism or cross border organised crime. He criticises, "people who are claiming to represent communities" who suggest that more police on the beat is what is required by offering ridiculous statistics about a patrolling officer rarely coming across a burglary being committed. In this statement he reveals his apparent indifference to the concern of local communities that above all they want assurances that their properties will not be burgled per se and that officers seen to be patrolling are a deterrent to criminal activity which might impinge upon their desire for a quiet peaceful life. He continues in the same manner when he says that control of police and democratic policies cannot co-exist. This subject is surely worthy of debate rather than an authoritarian denial of its practicability.
The original principles of Robert Peel were that police patrol to prevent crime and disorder and that they must have the public`s approval and willing co-operation.
If Sir Hugh cannot persuade us that he and his colleagues can succeed with prevention as the prime objective they are unlikely to continue to carry the public with them on the other two requirements as is becoming apparent almost weekly.