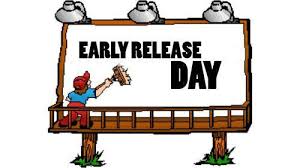 The tragic circumstances last week involving a convicted terrorist who was freed early according to the law at the time in question has led to many claims and counter claims about which party was ultimately responsible.  That debate conducted whilst the crime scene was still cordoned off and the relatives of those murdered still in shock was a disgusting spectacle which reinforced my and many others` opinions that we are being asked to vote for the most inadequate pair of party leaders in my adult lifetime.  However the question of early release is one considered by every magistrates bench in every magistrates court every day of the week. On sentencing a miscreant to immediate custody the chairman of the bench after stating the exact term must tell the person in the dock that it is likely that s/he will be released on license after having served half the sentence aforestated.  During my time when I was responsible for such pronouncements I made them through gritted teeth.  It seemed to me then and it seems to me now that it made nonsense of the Sentencing Guidelines which every court must follow. The concept of sentence reduction as a "given" renders the process meaningless. Certainly in the right circumstances early release in itself is a fine ideal.  It is, however, offered willy nilly. We hear so often much criticism of the "stick" approach to sentencing from well financed lobbyists but rarely that the "carrot" approach has been misused in order to keep the prison population from exploding.  Early release should be subject to the satisfactory behaviour of prison inmates and be considered by an expanded and more citizen weighted parole board whose members would be of a similar calibre to those appointed to the bench able to function without the underlying government`s opinion on whether or not it is in line with their political aspirations. I am realistically despondent, however,  insofar as that situation is unlikely ever to materialise.