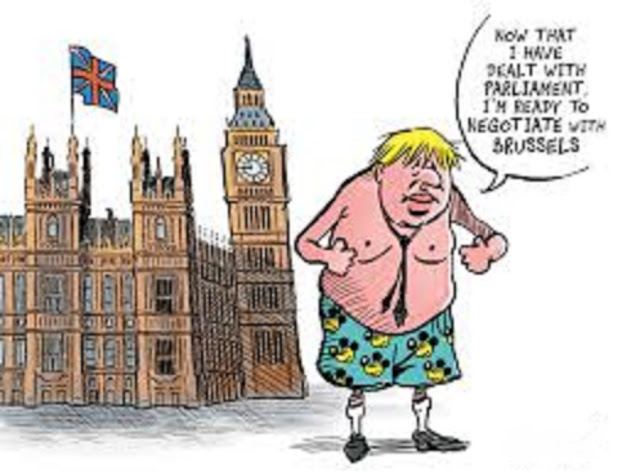 "This blog by its very purpose has touched on political points only when matters of the application of justice and associated considerations have been applicable."  I wrote that previous sentence on 25th May 2016 a month before the Referendum. I am not inhibited from its repetition. There are two words which underlie our current political situation and which are bedevilling so many countries near and distant: nationalism.....identification with one's own nation and support for its interests, especially to the exclusion or detriment of the interests of other nations and populism.....a political approach that strives to appeal to ordinary people who feel that their concerns are disregarded by established elite groups. They are like peaches and cream or salt and pepper: foods which appeal to our basic tastes.

The foundation of any democracy is not just the commonly held view of "law `n order". It is a populace`s consideration that that concept applies to all people in equal measure whatever their standing and that there is absolute confidence that it will be applied without fear or favour so that justice will not only be done but will be seen to be done. In the second month of the Tory`s spectacular election victory it is accepted that their outstanding success was owing to the unelectability  of a marxist antisemite leading the Labour Party being seen to enter Downing Street.  Lord Hailsham coined the term elective dictatorship in 1976 and it is a more accurate description of the political landscape today than was the case then.  Two developments have taken us further down that road. The first is the increasing unwillingness of the executive to respect the independent authority of the judiciary, the civil service, local government and parliament itself.  The second is the willingness of governments, especially after 1997, to introduce fundamental constitutional changes, many of them effectively irreversible. Perversely, it is the over-representation of democratic legitimacy as the dominant contemporary political virtue which arguably bears a large measure of responsibility for our current predicament. In practical terms since 2010 when there was a Tory led coalition followed by Tory majority administrations  there has been a deliberate reduction of resources available to all the arms of what can be loosely described as the criminal justice system from police, probation and prison services to CPS, courts and legal aid.  The reason they got away with this atrocious attack on our democratic fundamentals was that apart from those directly involved the general public couldn`t give a monkeys. But now that somnolent society has been rudely awakened to what has been obvious to those of us who have direct involvement. Today a prime minister who has excluded certain journalists from Downing Street briefings and has refused live television coverage of his  latest pronouncements is proposing changes in the law to prevent early release of prisoners already serving according to their sentences imposed in court. He has double counted or inflated  the numbers of police officers to be recruited over the next five years, the numbers of hospitals to be built and the numbers of nurses to be recruited.

The European Union is directly responsible for the political turmoil throughout its member and former member states.  It has attempted to suppress any expressions of nationalism whether from Polish miners in the east  or French farmers in the west and all others in between. It has striven to keep the lid on the boiling kettle. The warning was there in 2014 and 2015 when Mrs Merkel rebuffed David Cameron`s pleas to amend the UK`s terms of attachment to the EU.

What we are witnessing is the adoption of policies which are expressly designed to foster that latent nationalism which was first apparent north of the border and not appeased by the establishment of the Scottish Parliament in Edinburgh. And where nationalism goes populism is sure to follow. The antisemitism which Corbyn allowed to flourish within his party is leeching  out to a wider society. It is now as historically the canary in the mine.  Boris Johnson has about three years of his elective dictatorship to set this country on a course which will be seen to improve the lives of its citizens. It has been trailed that his first year will see attempts to limit the powers of the courts both with judicial review and the Supreme Court. Magistrates and lawyers know full well that at their  level the law is failing the public. Perhaps there will be a public reaction beyond the furore over those convicted of terrorism associated offences but as they say over the border I hae ma doots.