THE RISE OF CIVIL PROTECTION ORDERS 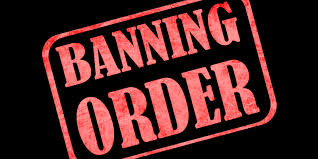 The recent tragic events at London Bridge and Streatham have led to the imminent enaction of increasing the time  those convicted of terrorist related offending must spend in custody prior to being released on license. Undoubtedly there will also be increased limitations on their freedoms when they enter that period of surveillance. Such limitations outside formal judicial sentencing on an individual offender are not just confined to those whose fanaticism seeks to kill us.

When I was appointed in the 1990s apart from a very few exceptions the work before the bench was based mainly on hearing cases brought by the Crown Prosecution Service. Football banning orders introduced in 1989 were an early concept of civil orders punished  if breached by six months custody.  That simplicity began to change in 1998 with the introduction of laws based on a new concept: alleged offenders being considered under civil legislation based on their anti social behaviour. Those found guilty were issued with a civil order known as an Anti Social Behaviour Order a breach of which was a criminal offence punishable by maximum five years in custody at the crown court. From that time an increasing number of civil orders were made available to police and local authorities.  From their very inception I was concerned at the implications of that wonderful, so they said, innovation; the ASBO.  Having to impose such, I did my judicial duty but without enthusiasm. ASBO was but the first of many so called exclusion notices. For over ten years constables have had the authority to issue a written exclusion notice to anyone considered to represent a "risk of disorder", even if they are not drunk or have committed no offence. The aim is to enable the police to stop violence escalating by immediately removing potential troublemakers from the scene. As a matter of interest David Davis, the shadow home secretary at the time,  said the Conservatives would consider backing the proposals but said Labour "has form for making headline-grabbing announcements only to fail to follow them up"; another politician`s words coming back to haunt him.......as if they care; it`s happening all the time. Soon to follow was the CRASBO; Criminal Anti-Social Behaviour Order.  I sat on the very first hearing in this country where such was brought.  It was a shambles and we threw it out.  Notices can be issued to those whose presence "is likely, in all the circumstances, to cause or contribute to the occurrence or continuance in that locality of alcohol-related crime or disorder".

Since 21/08/2009 Magistrates` and County Courts have had the power to make Drinking Banning Orders. DBOs on conviction came into force on 1st April 2010 in 25 Local Justice Areas. These also are civil orders which if breached give rise to a criminal offence. It has been recognised by many statistical analyses that around 70% of all crime is committed by offenders addicted to alcohol and/or drugs. Considering that many more individuals are addicted to the former rather than the latter the number of alcoholics with a criminal record must number in the millions. The NHS estimates that around 9% of men in the UK and 4% of UK women show signs of alcohol dependence.  All they do is disperse the problem elsewhere. Indeed it is just another reason why alcoholic offenders should be treated as medical cases and if necessary by compulsion just as schizophrenic and other mentally unstable patients can, under certain circumstances, be forcibly incarcerated in places of safety for themselves and the general public who must be protected. Hardly a week goes by without headline stories of the havoc wreaked by such people who are supposed to be being “cared for in the community” but are walking the streets.

Since 2014 the police and courts have been given powers to fill what is described as a “gap” in providing protection to victims of domestic violence. Following an incident of domestic violence where there may be insufficient evidence to allow a prosecution the police and Magistrates Courts have a power to apply for and make orders that can protect a victim for a period of time.  Once again breach is a criminal offence.

The most recent civil order allowing for criminal proceedings if breached is the Stalking Protection Order. Where the threshold to commence criminal proceedings for the commission of an offence has not yet or will not be met. This allows for early police intervention in stalking cases.  A SPO is not an alternative to prosecution for stalking offences under the Protection from Harassment Act 1997. In such circumstances a SPO can be used to complement the prosecution of a stalking offence.

In the commercial world Landlords Banning Orders prohibit landlords and agents from letting or managing residential properties.  A banning order prohibits a person from
renting out residential accommodation, engaging in letting agency work or engaging in property management work. A banning order also prohibits a person from holding a HMO licence or a licence granted under a selective licensing scheme. Local authorities must revoke a licence when it has been granted to a person who subsequently becomes subject a banning order. A banning order must last for at least 12 months. There is no upper time limit. A local authority must put anyone subject to a banning order on the national database of rogue landlords and agents. Without doubt there are many landlords who are renting inherited property they have been unable or unwilling to sell without professional assistance who are breaching current legislation and are unknowingly open to prosecution and we all are aware that ignorance is no excuse for law breaking.
There is no doubt in my opinion that as further supposed legal loopholes in many aspects of our society`s activities are exposed orders as described as above will become increasingly common but they will not be universally approved by the public they will have been supposed to protect.  That way will lead from controversy to confrontation. The risk of public disorder will be a reality.  I hope our legislators will be aware of the risks.