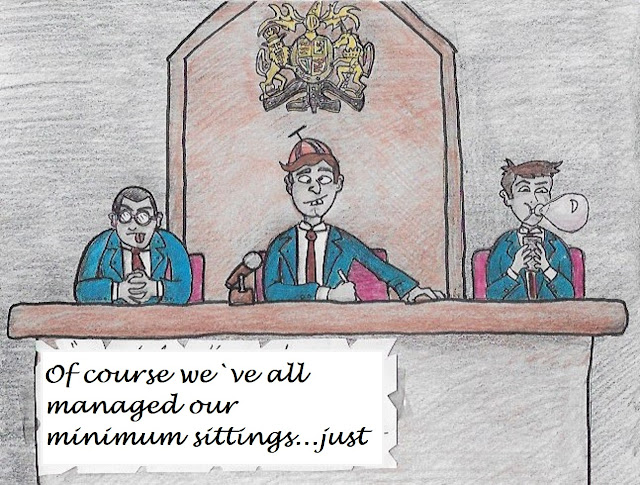 The beginning of a year is often the time to look back over the previous twelve months in whatever capacity takes one`s interest: in my case the numbers of magistrates thrown out of office and publicly humiliated by their names and the reasons behind their ignominy being published by the Judicial Conduct Investigations Office.

The magistrates bench of England and Wales (my collective description) has halved in the last decade. There are currently around fifteen thousand. Generally it is a well behaved bunch as would be expected but with any group there are always exceptions who disregard the onerous requirements of their position even within their personal lives which seem not to impinge upon their judicial duties.  One of the most important aspects of the interview with aspiring appointees is to ensure that they understand the time requirement they must undertake in order to learn and constantly update their skills for the task. With the current shortage of personnel the adverts being published up and down the country for new magistrates might lead some to believe, as the adverts say, that anyone can become a magistrate. That is blatant nonsense although there are those who would describe that opinion as untenable in a society behoved to "diversity".  Nevertheless on considering the numbers of magistrates sacked for not meeting the minimum sitting requirements;  and these in my opinion are far too low to acquire the skills and knowledge to properly contribute to the required standard I would impose on wingers, the proportion is disturbing although the numbers are low.

In 2017 fourteen JPs were sacked of whom 10 failed that minimum sitting requirement. In 2018 the figures were nine out of a total of 12 sacked and last year five were sacked for low sitting out of 20 altogether. It is too soon to judge whether the JCIO is becoming more lenient and understanding of the constraints that modern life puts on magistrates` available time  in the light of current shortages and two person benches  or whether appointments committees are placing such emphasis of that time sacrifice that fewer appointments are actually made.

Over the years this topic has been the subject here of a number of posts.  By inserting Judicial Conduct Investigations Office in the search box some of those posts can be accessed for those interested.