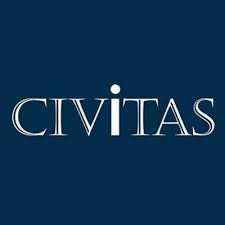 Today CIVITAS has published its monthly review for April. The section copied below from the review is IMHO essential reading for all those involved in our legal system.  Certainly the views expressed will not be acceptable to many (some) but the issue is one of importance to us all however much we agree or disagree with the conclusion.
Rebalancing the British Constitution: The future for human rights law
The Human Rights Act 1998 is claimed by its advocates to contain fundamental rights that everyone in the UK is entitled to, by incorporating the rights set out in the European Convention on Human Rights into domestic British law. But as Jim McConalogue writes, its 22-year history now testifies to a lawyer’s charter which disregards the fundamental rights of many people in society and has enabled judicial supremacy to unsettle the UK constitution.

The Act is publicly justified as ‘an integral part’ of the British constitution and yet in practice, it emboldens a judicial supremacy of rights, far removed and insulated from the electorate. Innumerable court cases continue to permit Convention rights of often dangerous individuals – including detained terror offenders – to supersede the rights of all others in society in safeguarding their public safety and national security. The capacity to govern and protect the nation state operates in the face of serious ambiguity because of the Act.

The further continued glaring contradiction between a policy of withdrawing from an EU legal architecture while seeking to enhance a complementing European Convention rights-based system is now inconsistent and for the future, will become unmanageable. The repeal of the Human Rights Act is now well overdue, given its detrimental impact on the UK constitution.

A post-Brexit politics which requires a stronger democratic process in which applicable rights and laws derive from a strongly contested domestic public sphere means ‘rights questions’ can no longer be simply administered by a foreign court, or remain unchallengeable by the public or be left practically unamendable by parliament.

The opportunity to rebalance the constitution, to take back parliamentary democracy and to reverse the judicial supremacy and overreach of the Strasbourg court is viable and achievable. That decision will provide for a rekindling of the power of the executive to govern and protect, while demonstrating a respect for sovereignty and the restoration of a genuine British human rights moral code. The foundation for future rights must lay with society reclaiming democracy and deliberation as the basis for deciding those rights.