JUDICIAL DINOSAURS WILL SOON BE EXTINCT 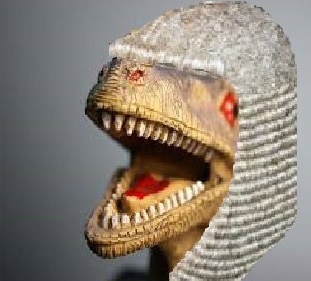 I will be unsurprised if within the next few months we will see more than the expected appeals against guilty outcomes in both magistrates and crown courts based upon a perception of racial discrimination.  No doubt police will face a rising number of such accusations. There are some highly motivated individuals at all levels of society who will use the current unrest to further their political cause. There will be a few honourable people involved but it is unlikely that ultra left wing organisations and their members who flourished under the leadership officially and unofficially of Jeremy Corbyn and his Marxist cohort will allow this opportunity to pass as a pathway to their target of discrediting everything a freely elected although incompetent government has to offer to our democracy.  There is no doubt that there has been and still is a minority of police officers at all levels of seniority who are racist.  The scandals of American policing whilst not being the norm in this country have a similarity insofar as the internal system of governance has not been up to the task of clearing out those officers who have flagrantly abused the system to their own evil advantage.  The level of misconduct that must be breached; "gross" misconduct is often out of step with the reality of the English language.  The secret tribunals closed to scrutiny unlike those for other professions eg medical or legal do not inspire confidence in those over whom the youngest inexperienced officer has such power; we the great British public.  The stain of judicial racial bias has been allowed to grow over the blanket of jurisprudence to such a degree that sentencers including magistrates are instructed to examine their supposed own unconsciously held bias.  All those on the bench must undergo lectures or to use the misappropriated term "workshops" on discrimination within the judicial system and its recognition and elimination.  No doubt there are still a few older judges and magistrates who harbour opinions perhaps stemming from their memory when in many parts of the country there were few black or ethnic minority people and who consider the many millions of BAME British citizens newcomers and not belonging. These judicial dinosaurs will soon be extinct.

Similar discriminatory thoughts  I`m certain were common when Huguenots arrived in England from oppression in France.  They were French Protestants in the 16th and 17th centuries who followed the teachings of theologian John Calvin. Persecuted by the French Catholic government during a violent period Huguenots fled the country in the 17th century creating Huguenot settlements all over Europe. There are many places of worship, public buildings and residential areas which owe their being as a result of the influx. Perhaps the only worthwhile act of Oliver Cromwell was to allow Jews to return to England from which they had been expelled by Edward I in 1290. Immigration of Irish families after the famines of the 19th century and further influx of Jews at the turn of the 20th century from massacres in eastern Europe and before WW2 have been a wonderful stimulus to the UK economy as was the open door policy to Ugandan Asians from their expulsion by Idi Amin in 1972. A government promise to ease immigration for people of Hong Kong as a result of Chinese threats of direct repression will prove to be a boon for UK business and commerce. Indoctrination of the remaining dinosaurs in the judiciary by the aforesaid means are a waste of time.  The secrecy of proceedings surrounding those who behave so outrageously that comment becomes public is no apparent deterrent to others of similar ilk. However those who do transgress are publicised to such an extent that it discredits the 99% of honourable men and women fulfilling their judicial oath to do justice by all. And that feeds the marxist lobby that the whole system must be brought down and replaced.

I can honestly reflect that during my time on the bench I heard more unpleasant remarks from black JPs about Jews than derogatory utterings from the white majority about any ethnic group.  Indeed around the time of the riots in 2011 I was chairman in a case of two black males accused of stealing some hifi equipment with three white police officers involved giving eye witness accounts.  I clearly recollect overstepping the "clarify but don`t cross examine" mantra of magistrates` bench limitations of an incompetent prosecutor  to ask further questions of my own which resulted in the obvious innocence of the accused pair.  As they left the court I said to them, "Tell your family and friends that a bench of three white middle aged magistrates found you not guilty despite so called evidence from three white police officers". I hope that they did.