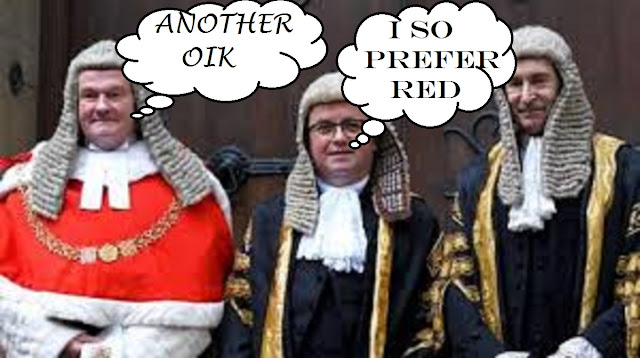 When I retired over five years ago those found guilty of common assault in theory  faced a maximum sentence of six months.  Most such offenders were sentenced to less than that and served only half the given sentence in prison being released on license  having done half their time.  Those who indeed were the subject of that six month maximum were usually found to be in the highest category of harm and culpability according to the Sentencing Guidelines. Often it was considered that if the victim were a public servant simply doing his/her job whilst being subjected to the assault that aggravating feature fed into the sentencing mix. However a year or so ago I learnt from a former colleague that public servants becoming assault victims in the course of their duties would, according to the government, be given the gratification of knowing that their assailant would be subject to a maximum incarceration of twelve months with the usual caveats of early guilty plea and early release. That of course was dependant of the miscreant being detained in the first place and progressing through the justice system. The thinking of those who have increased the available sentence in the circumstances outlined had to have been that the threat would serve to deter the incipient offender but of course that person would first of all have to be arrested, charged, brought to court and convicted with no certainty that the new maximum sentence was lawful and appropriate and last but not least overturned by appeal. There is of course a consideration that just perhaps the increase was a sop to the weasels in the press department of the Ministry of Justice so that the minister could address parliament and the public that measures were in hand to protect that very same public, notwithstanding the considerable reductions  over the last decade in police on duty, and to begin the first stage i.e.to arrest the offender. It is unlikely that the statisticians will be able to inform us or their masters of any public protection benefit for the increased sentencing powers of the courts. But much of that so called initiative has now been superseded by the announcement earlier this month that those who attack police or other emergency workers will be liable to two years maximum custody; double the existing sentence as above. The Secretary of State for Justice Robert Buckland said,

"We will continue to do everything in our power to protect police, prison officers, firefighters and paramedics and ensure those who seek to harm them feel the force of the law".

Since last November about 9,300 offenders have been convicted of assault and 17% were subject to immediate custodial sentences of which only 6% received more than six months.  10% of those convicted received suspended sentences while 69% were subjected to a community punishment, fine or discharge.

It is becoming ever more apparent to those outside the courts and legal fraternity that it is a political driver rather than an informed, apolitical, supra departmental, multi dimensional  umbrella of knowledge and statistics which is in control of what has been imposed on the Sentencing Council and which in turn determines the outcomes for offences and offenders. In a world where common sense ruled, attention and finance would be thrown at offences committed by those addicted to alcohol and/or drugs who are responsible it is estimated for 70% of violent or acquisitive crime including assaults on emergency workers.  According to a Home Office report in 2017 each year in the UK drugs cost society £10.7 billion in policing, healthcare and crime with drug-fuelled theft alone costing £6 billion a year. Research shows that for every £1 spent on treatment an estimated £2.50 is saved. But it is obvious that the only weapon that this government feels able to weald is deterrence.  Whilst it, for myriad reasons not least of which is the fear of bad publicity, resolutely sets its sights against even the consideration to decriminalise illicit drug use the dealers will continue to prosper and the users will continue to suffer on their downward slope to social, financial and in many cases human oblivion.  Meanwhile emergency workers and the rest of us will be happy in the knowledge that MOJ speechwriters are doing all they can to protect us.

Relief Posted on 13th October 2015
PROBATION WORKERS` BIBLE OF COMMUNITY PAYBACK Posted on 03rd May 2013
GIVE AND TAKE Posted on 16th August 2013
Suppressio Veri, Suggestio Falsi (again) Posted on 20th March 2014
What a Difference A Day Makes Posted on 09th July 2015
9 in 10 emergency services personnel are affected by stress and mental health problems Posted on 06th March 2015
Worth a Read Posted on 26th September 2015
Workers from AA have new (police) powers from Sussex Police Posted on 04th May 2013
CAUTIONS, CAUTIONS AND MORE CAUTIONS//HAS JUSTICE BEEN LOST? Posted on 11th April 2013
Boris Johnson in storm over crime victimsâ€™ â€˜postcode lotteryâ€™ Posted on 08th December 2013