JUSTICE SYSTEM ON ITS ROAD TO HELL 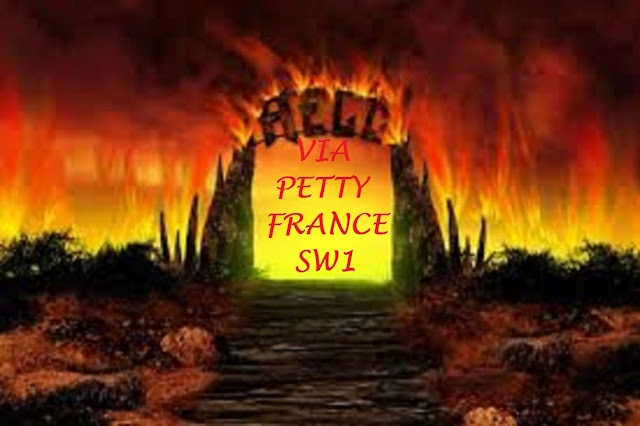 There is no doubt that Convid 19 has demonstrated so very clearly that much of the British infrastructure from the prime minister`s office downwards and in all directions sidewards is unfit for purpose.  And surprise surprise The Ministry of Justice is up there among those at the top of the pyramid of incompetence.  On April 24th the  MOJ announced new regulations to enable risk-assessed prisoners who were within two months of their release date to be temporarily released from custody as part of the national approach to managing public services. At June 1st just 79 prisoners had benefited from this early release provision.  At June 29th A total of 505 prisoners in England and Wales had tested positive for the virus and 24 prisoners  had died having tested positive for the virus from the start of the outbreak up until June 19th. Of these 21 were elderly or had underlying health conditions. Today the MOJ announced that the early release scheme would be "paused" on August 27th. Considering the many tens of thousands of prisoners probably eligible for the Convid 19 inspired generosity I wonder if those who gather in Petty France consider that the effort has been worth it. We will never discover the total cost to the tax payer of this operation but I doubt it would pass a cost benefits assessment but then the MOJ with its vast numbers of weasels in its press office doesn`t care about such trifles. Selling court buildings, impoverishing young legal aid lawyers, underfunding the judiciary; now these are matters of concern because the cash is coming in from such activities. Our justice system is well on its road to hell without any good intentions.