POLITICAL TRUST! UNKNOWN BUT NOT UNKNOWABLE PROBLEMS AHEAD 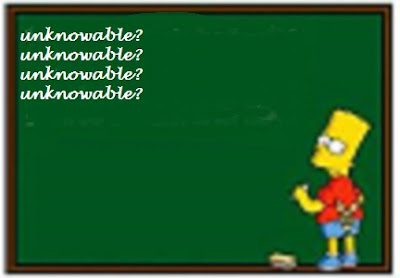 A cohesive society exists on trust. Individuals who travel from strangers to friendship or closer can only experience worthwhile relationships when there is mutual trust.  Although there are millions of pages of company and commercial law many, especially small businesses, base their relationships and often their commercial success on trust. It might have been the case that in politics also trust was a given particularly at the higher levels of party politics. We are seeing every day on our television screens and in various media that now trust has completely broken down with the lies of Donald Trump being listed almost daily by fact checkers on CNN. Sad to tell that innocuous virus which doesn`t originate in China but whose origin derives from the hearts of men (men includes women in this analogy) is increasing its infiltration into our daily lives. In this country it has been constrained by ancient rules, procedures and attitudes which I fear are no longer strong enough to withhold the pressures being exerted upon them.  The Ministry of Justice has long been at the forefront of presenting its ???? smiley face by the hundreds of people employed in a press and PR capacity. Typing "MOJ press office" in the search box on the right hand side of the narrative will reveal a few previous ventures into this topic. However one fact I cannot present is the number actually employed to bring that smiley face to the great British public even when the information barely concealed is dire. Knife crime and so called deterrent sentencing are two of the most high profile subjects of which Justice Secretaries like to take possession, i.e.headlines. Cases outstanding at magistrates courts owing to Convid-19 are estimated at 450K-500K.  Under the horizon this dreadful backlog caused in great part by a decade of mismanagement is being reduced at record speeds by using the single justice procedure where so mush goes through on the nod and totally unreported. Similar circumstances at crown courts are less in quantity but a magnitude greater in quality with life changing events for many if not most participants who are not officers of the court. Knife crime is so much part of daily life for many that I have posted on it many times. As previously by placing those terms in the search box a potted history will become available for those who are interested. Justice secretaries per se do not come out of this well irrespective of the weasel words of cracking down or ramping up which seem to be in vogue.   Today MOJ announces that custodial sentences for emergency workers will be increased to two years custody. In 2018 such sentences were doubled from six months to 12 months at the magistrates court. Like a gambler doubling his bet in attempting to win back his losses the maximum is again doubled. These cases will be heard at crown court. But they will not reduce the crime to which they are attached. There are and were conditions to increase sentences already available to CPS and judges. They were not often applied. At this level of criminality it is the fear of being caught and charged which prevails upon those inclined to take their violent path. That fear has simply dissipated owing to the emasculation of police and policing. The use of so called Nightingale Courts so loudly trumpeted just a few months ago has now been called into question with the impending closure of one such that was opened only a month ago.  Other government departments are open to similar criticism by those who know, over their own loose tongues and press releases where once again every little lie is eroding the trust upon which we allow ourselves to be governed.  Yesterday the current holder of that ancient title Lord Chancellor stated re the controversy over the Agreement reached which enabled Boris Johnson to have number 10 as his home, " Buckland: I'll quit if rule of law broken in 'unacceptable way'. With a Home Secretary in denial but five former prime ministers expressing a restrained sense of incredulity that their successor might be the author of the problem we can finally say that political trust between people and ruler has been eroded beyond a point of redemption and that spells unknown but not unknowable problems ahead for all of us.

Ten years of GMFRS working with the Prince's Trust Posted on 08th December 2011
Alice Gross Family and School statement Posted on 01st October 2014
Scheme to educate ex-offenders with alcohol-related problems about fire safety Posted on 19th December 2011
The dampest squib - Shape of Training outcome Posted on 18th August 2017
The Francis Report and what it should mean for medical training -part 1 Posted on 12th April 2013
Watch BBC show meet striking firefighters ahead of Tory HQ visit Posted on 12th February 2015
Multi agency partners offer safety advice ahead of Bonfire Night Posted on 29th October 2012
Video: vote â€˜yesâ€™ in the political fund! Posted on 28th April 2014
How to trust a website with your credit card details when buying online Posted on 19th February 2016
Sprinkler Project Given Go Ahead To Help Protect People From Fire In Merseyside Posted on 06th January 2014