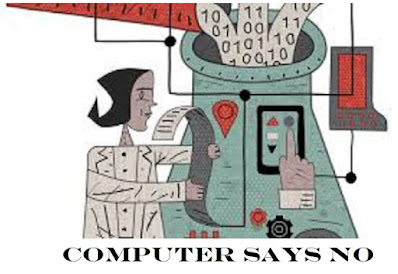 Perhaps one of, if not the most irritating and resented attributes bestowed upon a person or organisation is:-

ARROGANCE: an attitude of superiority manifested in an overbearing manner or in presumptuous claims or assumptions.

Institutional racism is a phrase that has become common parlance and it is still fiercely debated twenty years after its introduction to the English language. I would contend that institutional arrogance is a term which should be more widely recognised among mainly governmental or quasi governmental organisations notwithstanding that large public and private entities are not immune from the condition. At the very top of my personal list of those to which the epithet should be applied is the police and the Metropolitan Police in particular. Under FOI laws 1343 pieces of evidence have been lost or misplaced since 2013. Of those 1000 were lost last year. In May 2018 the mayor of London attempted to put a gloss over the Met`s lackadaisical approach to this most vital of operations; the securing of evidence in the pursuit of subsequent prosecutions based upon said evidence.  In an organisation with appropriate management processes and a board actively responsible for its oversight those responsible would be held to account and a course of action applied to rectify the situation: not so at Scotland Yard whose spokesperson is reported to have remarked that there was no information on any missing items because the information is not stored in an easily accessible manner. He could just as well have added the computer says no.  That is arrogance.

In 2015 292 racism complaints were made against  Met Police officers and staff. In 2019 that number had risen to 611. In the last five years there have been 2,825 complaints by 1,659 complainers. Of 2,416 resolved ie cases closed, 2,251 resulted in no further action. In the first half of this year 20 staff at the Met and 165 members of the public made formal complaints.  97% of the latter were were dropped and 53% of the former. A Met spokesman said, " The Met takes all allegations of a racist nature extremely seriously and is clear racism has no place in the organisation."  That is arrogance.

The Met is by far the largest police force in the UK but others have not gone unaffected by a similar attitude.  In Nottingham recently a 17 year old learner driver was caught by an automatic camera as having stopped in a red light area for 14.8 seconds with no oncoming cars or pedestrians present. Of course by the book he had committed an offence but what followed was as typical as can be imagined of a police force behaving like an algorithm with no human input. The driver apparently refused to accept a ticket and took his argument to a magistrates court where he was given an absolute discharge; a legal method of wiping out the whole affair. The full report can be read here but I quote from that report the response from Nottingham Police: "Insp Simon Allen, from Nottinghamshire Police, defended the force's actions over the case, saying there is "no mitigation for learner drivers when committing a traffic offence" and it was the job of officers "to uphold the law".  "The safety of all road users is paramount, which is why the law holds learner drivers equally accountable and they must ensure that they follow the rules of the road," he said."In these cases, drivers have the choice to take a ticket or to go to court as happened here."  That is arrogance.