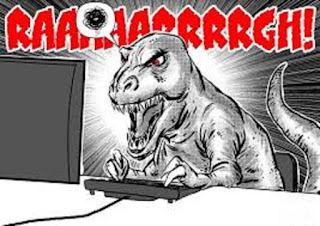 Given that I have unlimited time to offer my opinions here I am conscious that in order not to burden readers with what amounts to an essay or a newspaper column`s worth of diatribe I try to limit my outpourings to a reasonable length.  To that requirement the post of October 20th was an example. However there are so many other factors surrounding the magistrates courts system that I feel a further explanation is needed that justifies for me at least the title of that previous and this post.

Of  all the changes I witnessed during my tenure that which had greatest effect was the loss of all that was remaining of an "independent" magistracy.  My induction was as the end approached.  Magistrates courts committees were disbanded and in came Her Majesty`s Court Service.  That was an executive agency of the Ministry of Justice (MoJ) and was responsible for the administration of the civil, family and criminal courts in England and Wales. It was created by the amalgamation of the Magistrates' Courts Service and the Court Service as a result of the Unified Courts Administration Programme. It came into being on 1 April 2005, bringing together the Magistrates' Courts Service and the Courts Service into a single organisation. On 1 April 2011 it merged with the Tribunals Service to form Her Majesty's Courts and Tribunals Service.  Over a short period magistrates found themselves bound by decisions over which they had minimal input. Speaking from direct personal knowledge as an example I was on my bench`s rota committee.  We had intimate knowledge of the personnel on our pre amalgamated bench and their various abilities to be available at very short notice. We knew their ethnicities and could endeavour to ensure when possible an appropriately composed bench. We knew those who had considered themselves available all day but had strict timetables for family duties. Our dedicated justices` assistant knew most of us by name and when and where to make contact.  No centrally controlled system was as efficient. During that period the Magistrates Association had a membership well above current levels and was able to be more pro active in our interests than the years since. Individual relationships with the Deputy Justices Clerk were first rate and combined with our District Judges taking on many aspects of our training pro bono we were a very cohesive well educated group. After five years absence of course I can`t compare the current situation but certainly it is hardly likely to be an improvement. Elected Bench Chairmen were once the conduit of bench opinion to the higher ranks of the judiciary.  Sadly that forum is no more.  Instead we have so called government toads otherwise known as leadership magistrates beholden only to the senior members of the judiciary who selected them and for whom they are supposed to "lead" JPs in the "right"  i.e. approved direction whether legally or politically. The "ship" of leadership would seem to be a submarine operating by stealth to torpedo any revisionary attitudes.  Type "leadership magistrates" in the search box for more information. The M.A. has itself been squeezed to the periphery of influence.  By its charitable status it is severely restrained from most activities except education when what is most dearly required is a protective organisation like the BMA to look after its members interests when in conflict with authority e.g. Judicial Conduct Investigations Office or  perhaps offering its members group i.e. reduced cost membership  of BUPA or the RAC.  Indeed the complaints procedure against alleged wrong doing by magistrates seems well documented with ample safeguards in a document of over twenty close typed pages of the rules and processes  to be followed. However the more rules means there are more traps for those enmeshed in a situation over which most have minimal control or a great deal of expense to ensure quality representation. I have personal experience of the machinations brought in circumstances when the status quo is questioned. For all organisations to be successful and efficient there must be trust between the governors and the governed.  Magistrates are the governed and Her Majesty`s Courts and Tribunals Service is the governor and in this situation treats and regards JPs as unpaid employees. It directs and supine justices clerks impose although they of course must do their master`s bidding. With my generation retired or nearing such a point the end of its influence and memory of independent thought and action  is upon us. Soon there will be nobody left to provide an alternative narrative. The ridiculous lowering of the age of appointment to 18 is an example of how those in the senior hierarchy of the Ministry of Justice kowtow to passing influencers irrespective of the logic or the political aspirations of those proposing such changes. One such influencer is the BBC. Last week I cut and pasted a tweet from it.  Below is the "non reply" reply I received when I complained about the blatant misrepresentation re "diversity".


Thank you for contacting us about a Tweet on the BBC Radio Manchester Twitter page. We are conscious of the need for Tweets to be worded carefully so as not to mislead readers or give the wrong impression about a story. This is frequently a very difficult decision for our editors, and we appreciate that not all readers will feel we get it right on every occasion. We would like to assure you that we value your feedback on the matter. All complaints are sent to BBC senior management and our online News teams every morning and we’ve included your points in our overnight reports. These reports are among the most widely read sources of feedback in the BBC and ensure that your complaint has been seen quickly, by the right people. This helps inform their decisions about current and future reporting.


Thank you once again for getting in touch.


I hope that my observations last week and above offer just a brief insight why this former magistrate is pleased to be at his keyboard and not in a courts system with almost half a million cases behind schedule most of this delay being due to the near death imposed by a thousand cuts of the MoJ knife since 2010.