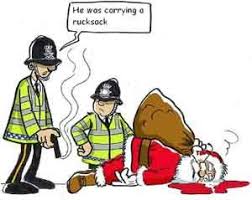 Generally speaking the phrase “innocent until proved guilty” when used after an acquittal is that the defendant walks out of court with, if appropriate, his previous good character remaining unstained. The reality of the situation is that the prosecution had been unable to prove its case beyond reasonable doubt. The Scots since 1728 have had a third verdict of “not proven”. I suppose it could be interpreted crudely as a defendant perhaps being morally guilty but not having had the prosecution prove its case to the required standard. It is a matter of philosophical debate whether that is a preferable scenario to guilty/not guilty. Certainly no other jurisdiction has followed this path.

Although not logically connected, a change in English law in 2009 could be argued to be having a similar effect of casting doubt on a not guilty verdict. Sections 5 (following conviction) and 5A (following acquittal) of the Protection from Harassment Act allows a restraining order to be made following acquittal. In 2010, the first full year where this legislation was applicable, 647 restraining orders were made on defendants acquitted of charges in a context of domestic violence. Actual numbers of more recent defendants who have been acquitted in court but who have subsequently had a restraining order imposed are not readily available but in 2017 around 2,500 people found not guilty of various offences associated with domestic abuse, stalking etc were subject to this expedient form of legal chastisement. Victim orientated justice? Innocent until proved guilty……………?