BLEAK PROSPECTS IN THE HOUSE 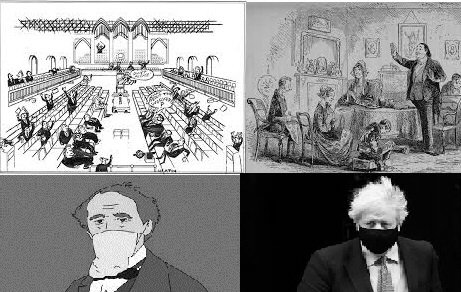 This is a first post of a new year but unfortunately although not unexpectedly once again we are forced to listen to an aspiring warlord of a home secretary telling us how we are going to be kept so much safer in our daily lives by the actions she is undertaking for our protection. Methinks we have heard it all before.  In the last few days she has pledged to use new stronger powers to deport criminals and deter illegal immigration.  Considering the latter proposal it has been apparent for the last year that this country just does not have the naval facilities to combat the illegal flow across the channel and even if it had what actions could it undertake accepting of course that it is against international law to use force lethal or otherwise to stop such people reaching their desired destination. Prevention is often said to be better than cure but even with willing partners in France and Belgium it is impossible for them to police 50 miles from Ostend to Calais 24 hours daily. Knowing that such illegal traffic is directed by criminals,  authorities in all three countries involved have scarcely made any inroads into arresting and convicting those gangs who, by all accounts, are making millions of pounds from their human cargoes. These usually impoverished people consist of some who are fleeing repression in their homelands of Iran, Syria or Africa and the remainder who seek to improve their economic status by coming to Britain. It has been considered that the numbers of unaccompanied young males is indicative of the latter group. But the official numbers by their very source can provide only a fleeting glimpse into the whole problem analyses of which provide great difficulties for those with vastly more knowledge than I.

On her other assurance to a public which she presumes to be as spectators at a medieval hanging at Tyburn she has outlined plans to make it easier to remove offenders who are subject to custodial sentences of six months.  On this topic I can opine with some personal knowledge. Current policy imparts any person of 17 years or over who does not have the right of abode who is convicted of an offence is liable to a custodial sentence and recommended for deportation by a court which has the power to sentence him.  The fact that a court has decided not to make a recommendation for deportation does not debar the Secretary of State taking such action on the basis that such an offender is non conducive to the public good.  In May 2006 it was recognised by the Labour government that there was a need to prioritise cases by the level of risk that a person posed to the public for those given a 12 month custodial sentence either in one sentence or as an aggregate of sentences over a five year period. That provision, of course, enabled an offender who received two consecutive six month sentences at a magistrates court; infrequent but not unusual, to be subject to deportation. These and other provisions became law under the terms of the UK Borders Act 2007. I recollect in that year my bench, against the advice of our legal advisor at the time, instigating such a process against an East European who had been convicted and sentenced to be within such provisions. After voluminous correspondence it was rejected.  To reduce the required prison sentence from 12 to 6 months for the sanction of deportation to be available the Home Secretary is behaving with a similar  mindset as Nero throwing Christians to the lions. She is offering what she believes is the public demand to deflect much warranted criticism of her own follies. Thus many offenders convicted of low level drug offences, thousands of motoring offences and common assault  could be on her "deport them" wish list not to mention a multitude of other offences tried summarily at magistrates courts.  Considering her recent outbursts against lawyers and political opponents who offer logical criticism in principle and of the logistics involved there is no doubt in my mind that her proposals will meet short thrift unless the current incompetent and overtaxed prime minister decides to use parliamentary dictatorship and his political capital to force through such measures through the House of Commons.

This is the state we have reached in this country: an inability for many years to provide enough hospital beds and equipment, a myopic money saving effort involved in the closure of half the country`s magistrates courts with the resultant delays, a transport infrastructure in disrepair to be balanced against the spiralling costs of a new railway which is already outmoded, a population of ever increasing child poverty, a miserable housing situation for a large minority who will never be able to buy their own home and so many other public services not fit for purpose.  One does not have to be a member of the Corbyn cult to realise that something is failing in the way in which we are governed.  And as previously mentioned that time honoured method of diverting public criticism is alive and well in this new year as it has been in every year previously; get rid of the foreigners who are the cause of it all. Italy, Germany, Rwanda, China, USA...........  The numbers, methods and enforcement might vary but the underlying motivation is the same.  I`m an optimist but the prospects are bleak.