JUSTICE DOWN A DARK ALLEY 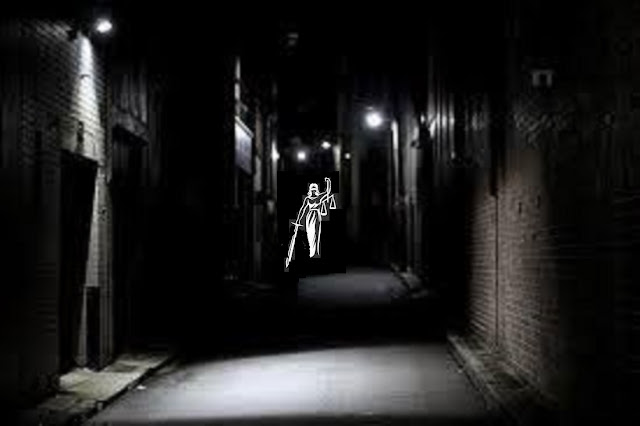 There are so many so called "initiatives" brought about by government departments that only those with intimate knowledge of the associated areas of activity can offer substantive opinions.  The Ministry of Justice with its enormous PR department certainly is not lacking in efforts along those lines. Only since its pilot scheme ended a couple of weeks ago on December 31st has it become public knowledge that a scheme by which offenders without an admission of guilt can avoid prosecution and a possible criminal record by agreeing to such conditions as rehabilitation or paying compensation to "alleged" victims. According to the Policy Evaluation Research Unit just Scotland Yard and West Yorkshire Constabulary had been chosen as pilots. The results must have been truly impressive since within two weeks of the scheme`s ending it has been expanded and  that  apparently placing those chosen offenders into the scheme was justified by "senior police officers" in the now revealed participating eight police forces in England and Wales.  This has to be PR nonsense.  Any such study must require many hundreds of hours of analysis and with the best resources could not have been through all the levels of a rigorous examination mathematically, socially and politically to have become operational unless such examination has been foreshortened or the outcome was politically pre-determined.  Nevertheless in London 175 alleged offenders have been placed on the scheme and 74 in West Yorkshire. Offences include criminal damage and assault for which the maximum sentences are six months custody. There has been to my knowledge no information forthcoming on those cases regarding whether they were eg first offences, subsequent to input from victims or ethnicity of offenders but from reading the above report it would appear that racial bias alleged or otherwise had more than a marginal effect on conclusions.

A spokesperson from the MOJ has been quoted as follows, "a key feature is that an admission of guilt is not necessary", but added that prosecution was still on the table for those who failed the requirements of their rehabilitation programmes. I make no apology for belonging to a generation that believes justice must not only be done but be seen to be done.  If that makes me an outcast amongst current legal thinkers and practitioners; so be it.  But secret justice lives down a very dark alley.  The deeper it becomes the more dangerous for us all and operated by a government that is amongst the most arbitrary in its decision making for many years it is another pointer of how authoritarianism arrives when least expected despite warnings of its nascent emergence.