A SNAPSHOT OF BRITISH JUSTICE 2021 STYLE 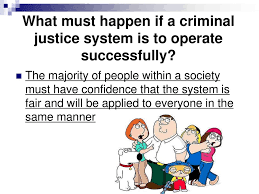 Being retired from any job allows time for some introspection.  As a retired magistrate who has enjoyed sharing his opinions since 2009 this freedom has offered me opportunities to muse on matters of national importance and occasionally to comment [criticise?] on real time happenings at magistrates courts.  Today`s effort is one of those times.

I was active when dedicated domestic violence courses became compulsory for any JP who sat or wished to sit in those courts. I recollect at the time that the providers were heavily dependent on statistics from USA and very much dedicated to male on female violations. I would imagine that such courses have been modified since then.  However a recent case at Grays Magistrates Court caught my eye. As bad a case it is possible to be heard outside the crown court. Indeed from the report it seems it was undercharged resulting in a suspended custodial sentence for the offender.  Readers can access the matter here and it is refreshing to note the detail often omitted these days from the local print media.  In my opinion that offender should have been charged at a higher level where the crown court would pass judgement.  Perhaps pressures on court schedules and Covid -19 have reared their delaying heads. The refusal of compensation defies belief.

As a Twitter user I have tweeted not so long ago on the public silence of the Magistrates Association concerning its members` court experiences in the light of the pandemic.  Narey a response from it nor the dozens of JPs linked to that outlet. The staff at Highbury Magistrates Court who are in the thick of possible infection are contemplating strike action.  I wish them well.

Peterborough Magistrates Court was the scene last week where a dangerously drunk driver was sentenced to custody suspended. I am more convinced as the years roll on that sentences of that ilk for offenders such as he are distorting our communal sense of justice to appease left wing activists and the financial restraints of the Ministry of Justice. This particular offender was driving a lethal weapon in such an inebriated state it was akin to conspiracy to murder.  When a population begins to think that criminals can "get away with it" there are social problems ahead.

On a more positive note to end my rant the user of an illegally transferred Blue Badge recently received her just desserts at Medway Magistrates Court.  For too long these offences were treated too lightly. Justice must be seen to be done and her punishment was just that.

Some senior police officers have the foresight, intellect and sensibilities of a mouse. Readers might remember about ten years ago many police forces placed cardboard effigies of a constable   in town centres, supposedly as a deterrent against criminal activity, to a chorus of public derision. It seems that a decade later the top echelons of some police forces are still finding ways to demonstrate their incompetence. A headline today (accessible below) which for me at least sums up so much that is woeful when discussing in general our system of justice from apprehending offenders to their being sentenced. That aforementioned headline was caused by police in Liverpool telling the public by means of large posters that being offensive was illegal. Will they ever learn?