ADDICTION REHAB AND A FAILED M.O.T. 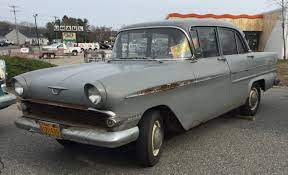 Yesterday I took my car for its very first MOT.  Three years on from purchase I expected it to sail through the very exacting standards which now apply.  It did.  And the process reminded me of the second car I ever owned; it was 1966 and I presented a recently purchased  rather tatty grey 1960 Vauxhall Victor RWS 192, exactly like the image, to the MOT garage which was almost as run down as the car. To my surprise after the initial inspection the mechanic told me he could not proceed to jack the car up to check the exhaust for robust structure because if he did so the car which was a total rust bucket would almost certainly split down the middle. As a result I sold it for scrap for the then good price of £13. This simple tale is an example of when to cease applying a process when the result is obviously so unobtainable and further efforts would be a waste of time and a danger to all. And so to our government`s policy on illegal drugs. It is the failure in common sight which is conveniently oblivious to those who determine policy. Since this is a blog and not an introduction for a PhD thesis I intend to be brief but for my reader who objects to my point of view perhaps s/he might have a second thought. The principle objection to the decriminalisation of current scheduled narcotics is that it will increase the numbers experimenting with cannabis who will then try cocaine and/or heroin but studies have shown that the majority of people who use marijuana do not go on to use other, "harder" substances.  The other main consideration medically is that although research using longitudinal data from the National Epidemiological Survey on Alcohol and Related Conditions examined associations between marijuana use, mood and anxiety disorders, and substance use disorders after adjusting for various confounding factors, no association between marijuana use and mood and anxiety disorders was found.  However recent research has found that  people who use marijuana and carry a specific variant of the AKT1 gene, which codes for an enzyme that affects dopamine signalling in the striatum, are at increased risk of developing psychosis.  Against the few who are adversely affected the vast majority of smokers bear no harmful consequences except the risk of having a criminal record which can affect their lives in a variety of situations. In 2019/20, there were around 175,000 drug offences recorded by the police in England and Wales. This is 13% higher than 2018/19. Latest statistics indicate that 21% of all crimes were committed by addicts. A couple of years ago The Institute for Social and Economic Research conducted a review of drug-related crime in England and Wales. It made the following findings:

There are a significant number of drug-induced acquisitive (property-related) crimes linked to heroin use...... but there is “no evidence of any drug-induced crime committed by people who use cannabis”.Supplying cannabis “(only) leads to a small volume of crime”.

Each year in the UK drugs cost society £10.7 billion in policing, healthcare and crime, with drug-fuelled theft alone costing £6 billion a year. All magistrates and criminal lawyers are familiar with the pattern of prolific shop lifting to sell goods in order to buy drugs at the street corner. Alcohol is commonly associated with such criminality in addition to cocaine or heroin. It is apparent to all but politicians who appear frozen in time in an alternate universe that current policies are ineffective but they refuse to heed the science unlike currently so we`re told with regard to Covid-19.  Addicts of hard drugs arrested for law breaking must be diverted at least the first time from a court pathway to a health and rehabilitation pathway under secure lock down conditions medically supervised. Such institutions would be run and managed in a manner not too dissimilar to Broadmoor where a combination of doctors and warders keep offenders under control: the only difference is that there would be no court conviction but perhaps a voluntary agreement by the miscreant to surrender his/her liberty.  This is a radical solution but for parliament continuing to apply a head in the sand approach for fear of upsetting a few objectors is worse than that mechanic who realised in advance that following the recognised process would have wrought damage to personnel in addition to having demolished a vehicle in the most unsuitable circumstances.