DANCE TO THE TUNE OF EXCEPTIONAL HARDSHIP 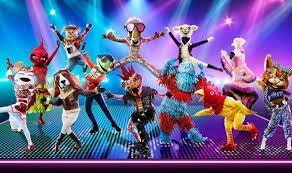 It is the British prime minister Benjamin Disraeli who is famously credited with the phrase: "There are three kinds of lies: lies, damned lies and statistics" but the expression has been around almost as long as the word statistics (first coined in 1749 for those wondering). I stumbled recently upon statistics I had never previously considered; the numbers of drivers who escaped disqualification with the totting procedure, having successfully argued "exceptional hardship".  At this point I must make my own position clear when I chaired such a hearing; I was considered "hard" by some of my colleagues but fair by most. I can even recollect a case where the legal advisor who approached us as we were about to return to court with our decision to reject the argument (against her unasked for advisory opinion) making a final effort to allow the argument. Such cases are rare insofar as the bench must argue from its own principles, experience and common sense unfettered by pages of sentencing guidelines. However there is pressure to remove this remaining discretion and substitute the tick box sentencing procedure common to virtually all criminal sentencing. However to return to the statistics; In the decade 1/1/2010 to 31/12/2020 83,581 cases of exceptional hardship were granted to drivers who exceeded their 12 penalty point allowance over three years. In 2010 there were 330 magistrates courts.  There are now about 150.  Assuming a decline over the decade the 8,358 cases annually in those courts equate to 35 per court per year. No wonder magistrates without much time on the bench are taken for suckers by smart talking lawyers. They might sit for years and not hear a single case. But is this then a reason to further reduce what little discretion is left for a bench?  My answer put simply is "no".  Perhaps some training and or distant learning would not go amiss or by entering exceptional hardship in the search box  my own opinions over many years on this site might be of assistance. But to further circumscribe magistrates` options is a further sign if one were needed that for all its verbal support this government like its predecessors over the decade would not be unhappy if District Judges were in total command of the magistrates courts system. After all they, being pension awarded public servants, usually dance to the government tune.