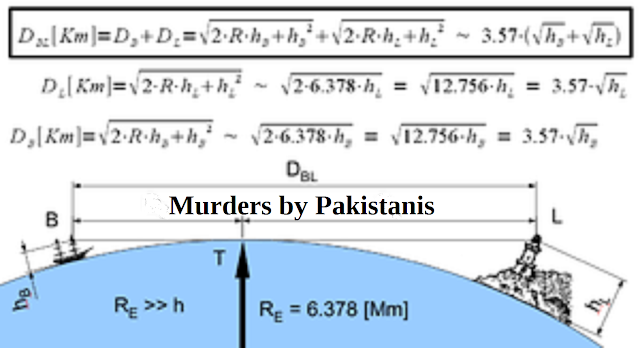 A decade ago most people would have been hard put to offer a meaning to the term "woke".  They had gotten used to the term "politically correct" but there was another expression which had yet to appear amongst the deluge of print in broadsheets and others; "cancel culture".  The term "racist" had become common parlance decades ago.  Until perhaps thirty years ago it was used in its basic form as an adjective  to describe being prejudiced against or antagonistic towards a person or people on the basis of their membership of a particular racial or ethnic group, typically one that is a minority or marginalised.  As a noun it identified being a racist as a person who is prejudiced against or antagonistic towards people on the basis of their membership of a particular racial or ethnic group, typically one that is a minority or marginalised. How times have moved on. Whilst the "N" word is virtually forbidden and rightly erased in almost any context there are still epithets in common parlance used to denigrate Jewish people; Jew boy and Yid can still be heard whilst Zionist has been robbed of its true meaning to castigate Jews (Israel) for the situation of  those in Judea and Samaria who term themselves Palestinians.  It is ironic that there have been historic periods when the Jews of mandatory Palestine and earlier were themselves termed Palestinians.  Currently the term Paki has been become an overall term of derision for those originating from the sub continent. The users appear to be indifferent to or unaware of the dozens of ethnic minorities from Iran to Afghanistan and including Pakistan  many of whom wear a head covering or clothes of their ethnic backgrounds. However there is no doubt that many of those of Pakistani descent in England  are from families who originally inhabited outlying rural areas where Sharia was predominant as opposed to the more cosmopolitan people of the cities eg Karachi and Islamabad.  Many of those families settled in the north of England. For the last twenty years many organisations including police and politicians have gone overboard to explain the criminal actions of Pakistani men, often now 2nd or 3rd generation in this country as somehow not being associated with their ethnic status. They felt the risk of being called racist was more than they or those for whom they had responsibility could bear. And so the scandals of abused white girls by Pakistani men went underground and denied by the "great and the good" until pressure was so overwhelming that the roof was raised at the extent of what was effectively a cover up of the real facts.  The racist abuse of the accusers was quietened for a while.

That now brings this post up to date. The UK has a population of 62 million.  Those identifying as Pakistani number 208,000: i.e. 0.34% of the population.  The table below shows that of 265 convictions of murder in 2020 seven of the offenders were of Pakistani ethnicity. To put that in context those seven represented 2.64% of the total number of convicted murderers. In other words that ethnic minority`s murder rate was 776% in excess of its numbers in the population.  These are government statistics; facts and facts alone. I believe there are vested interests in keeping those facts, shall we say, below the horizon and generally out of sight. 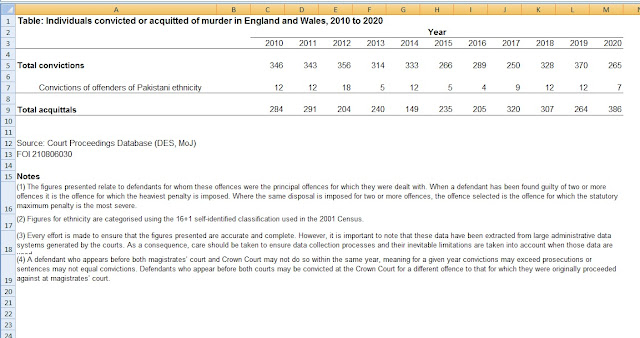