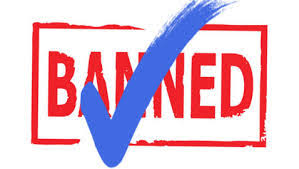 I have posted here more times than I care to remember on the topic of exceptional hardship.  They can be accessed by putting those words in the search box.  I have also posted not infrequently that the sentencing abilities of a magistrates bench have been greatly restricted by the ever increasing "guidelines" from the Sentencing Council. There must now be thousands of magistrates who have no experience of a bench under an experienced chairman following a well developed sentencing structure in which, sometimes under the guidance of a legal advisor and sometimes not, a sensible ladder of various and varying possibilities played out. The current system will, if not now, in time lead to a tick box system in which an algorithm will issue a sentence and the bench will be tasked with deciding if any amendments are needed for any individual case.  Exceptional hardship is one of the diminishing number of issues for which no guidelines currently exist although my understanding is that that exception is currently under review.  A recent simple report makes the problem clear.  The very essence of the totting procedure is that every driver should be aware that 12 penalty points within three years equals disqualification.  For many high street law firms exceptional hardship is a very nice money tree.  In my early days on the bench as a newbie winger my protestations against my senior colleagues` decisions to allow the exceptional hardship defence in the flimsiest of arguments went unheard.  As a chairman having done some individual research as was available on the subject I would steer my colleagues along strictly rational grounds sometimes in conflict with an overbearing intrusive legal advisor voicing her concerns which we took on board and rejected. Latest  figures from the Driver and Vehicle Licensing Agency (DVLA) show that nearly 9,000 drivers still hold a licence despite exceeding the 12-point threshold.  Why should anyone with customers/ clients/ patients dependent upon their advice/opinion/labour be treated more favourably?  Where is a line to be drawn?  From my experience colleagues wanted to accept arguments from  middle class professionals much more often than from those of a lower social status. I firmly then as  now reject this view. The doctor in the case above was well aware of the consequences of her actions.  Indeed it might be argued that she would (should)  have been more aware than most of the consequences.  Indeed her culpability IMHO was increased by her social and professional position. An interesting argument which should be mandatory reading for all magistrates was heard at the  APPEAL COURT, HIGH COURT OF JUSTICIARY in Scotland 2012.  As is often the case appellants with adequate financial resources have the wherewithal to challenge a ban resulting from losing an exceptional hardship argument.  Perhaps this is actually an area where magistrates need to be subject to guidelines so that their oath might be realised in actuality as opposed to theory.

“I, ____________ , do solemnly sincerely and truly declare and affirm that I will well and truly serve our Sovereign Lady Queen Elizabeth the Second in the office of ____________ , and I will do right to all manner of people after the laws and usages of this Realm without fear or favour, affection or ill will.”