JUSTICE EVAPORATES WITH 8 JUSTICE SECRETARIES SINCE 2010 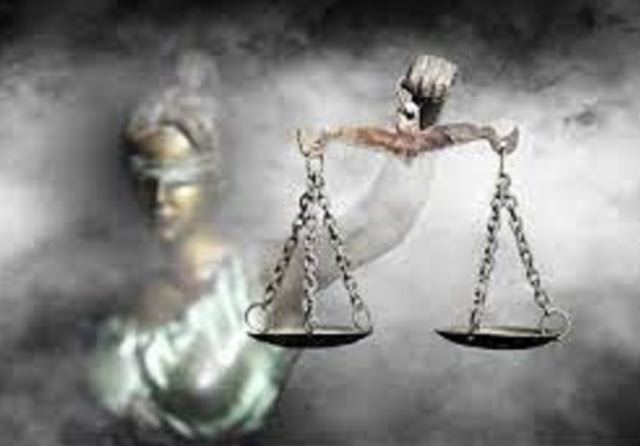 To put it mildly, the justice system is in a mess. As will increasingly become apparent much of this mess as with so many other policies is being put down by government to Covid 19. Perhaps there other reasons one of which is that we are now on Secretary of State/ Lord Chancellor number eight since 2010. With only one of this number still clinging on to the greasy political pole and the current incumbent there as a demotion is it any wonder that justice, a pillar of any successful democracy, is crumbling before our very eyes.

With Kenneth Clarke on his first appearance before the Justice Select Committee 25/7/2010 we saw what was below that "I`m a fair chap" image; " He was not fussed about competitive tendering (“we have enough lawyers” and there is “no lack of people wanting to come in”). “I haven’t made that many policy decisions yet”, he concluded." Further comment is available here. He was proud to tell the media that in that first austerity budget of the Coalition he had made cuts of 23.8% in the MOJ budget and that he was the first secretary of state to have submitted that intention to the Chancellor of the Exchequer. His period at Petty France was just the beginning of the cracks which are now threatening to collapse the pillar of justice.

From the sublime Kenneth Clarke to the ridiculous Chris Grayling who was his anointed successor. It was his bright idea to decide that having courts and personnel to offer a system of justice to all as the right of every citizen as had been the ethos (more or less) for centuries was untenable and wasteful of precious funds. He decided to impose a tax on every offender for the privilege of appearing in a court of law. This tax was to be over and above any fines, compensation or social or custodial sentence imposed. It was not means tested. Perhaps his landmark achievement was to forbid visitors bringing books for prisoners to read in jail; such a stupid decision it was reversed by his successor. However he will forever be  remembered for his actions in his next job as Transport Secretary in signing a shipping contract with a company which had no ships.But no problem; he was a staunch supporter of our prime  minister and a fanatic Brexiteer.

Next came Michael Gove to who, to many supporters, is the brains of the party. Speaking outside his portfolio before the Referendum he was not immune to endorsing the lies of the Leavers; Just prior on being questioned on Sky it is quoted, " Like Mr Cameron, Mr Gove faced intense scrutiny of his campaign tactics, in particular the claim that the UK sends £350m to the EU every week. Sky’s political editor Faisal Islam said Mr Gove knew that figure was wrong, and accused him of importing the “post-truth” politics of Donald Trump to the UK. The UK Statistics Authority has said the figure “is misleading and undermines trust in official statistics”, because it is a gross sum and does not account for Britain’s rebate and funding received from the EU. In response to Mr Islam, Mr Gove agreed to have the figure independently audited."  The full text is available here. To quote from Politico, "As justice secretary and lord chancellor, Gove got “a lot of the judges and legal Twitter on-side” with warm words on rehabilitation and the justice system, according to one former civil servant who was working in government at the time.But the ex-official believes Gove “did little in the way of actual reform, simply applying his strong rhetorical skills to tell a story about justice.” That was mainly due to his short tenure. He was in post for just over a year before the EU referendum brought the Cameron government to an abrupt halt". It is arguable that had he been in post longer our justice system would have benefited greatly from his intellectual prowess, a facility sadly lacking in some of his contemporaries.  Under his short stewardship at Petty France the MOJ produced its annual report 2016/2017 as bland and meaningless as ever.

We have four strategic objectives to deliver our vision.
1. A prison and probation service that reforms offenders. We will:
? Maintain the highest level of public protection;
? Keep prisons safe and secure;
? Reform offenders; and
? Reduce reoffending.
2. A modern courts and justice system. We will:
? Upgrade the best justice system in the world using
technology and modern ways of working;
? Put the citizen at the centre of the justice system;
? Protect vulnerable victims, witnesses and children; and
? Support the independent judiciary and their ability to attract the best and widest range of talent.
3. A Global Britain that promotes the rule of law. We will:
? Make the most of opportunities presented by exiting the
EU to expand the reach of our world leading legal services;
? Promote our world class legal sector and judiciary; and
? Protect our common law traditions and strengthen ourhuman rights framework.
4. A transformed department. We will:
? Deliver excellent services to the public through a diverse,
engaged and capable workforce;
? Be a unified and responsive department, collaborating withpartners across the justice system and government;
? Put data, information, technology and innovation at the
heart of our work to improve our services; and
? Deliver value and drive efficiency in all we do.


Liz Truss, another non lawyer, the next incumbent, lasted less than one year bossing the MOJ.  Her short reign was rather less than successful.  She initially failed to defend the judiciary in November 2016 after they were branded “ Enemies of the people” by the Daily Mail because they ruled parliament had to be given a vote on triggering Brexit. Ms Truss later issued a statement supporting the judges but this was seen as too little, too late. Her actions drew unprecedented criticism from Lord Thomas, the Lord Chief Justice, who told a committee of MPs in March that he felt Ms Truss had been “completely and absolutely wrong”. It was the duty of Ms Truss to defend judges, Lord Thomas told the committee, adding he was “very disappointed” that she initially failed to defend them describing it as “constitutionally absolutely wrong”. The Lord Chief Justice also attacked Ms Truss for a “complete misunderstanding” of reforms to cross-examination of vulnerable witnesses in rape trials.

And so we have another Lord Chancellor who is not a lawyer; David Lidington. He had  consistently voted in favour of restricting the scope of legal aid and for allowing national security-sensitive evidence to be put before courts in secret sessions. He had a history of squeezing as much from the parliamentary purse as possible. In May 2009, it was revealed he had claimed £1,300 on expenses for dry cleaning. He also claimed for toothpaste, shower gel, body spray and vitamin supplements on his second home allowance. He repaid the claims for the toiletries, saying: ’I accept that many people would see them as over-generous.’  He could claim the honour of being the shortest in tenure at Petty France having lasted a whole six months.

In January 2018  David Gauke transferred from Work and Pensions. At least he was a lawyer.  Indeed he was the first solicitor to be appointed Lord Chancellor. A month into his job he outlined his hopes in a speech available here; as bland as ersatz coffee and egg powder available to war time Britons between 1939 and 1945. His leaving office was as notable as his arrival.

Robert Buckland, a solicitor, was anointed in 2019.  His keynote speech on judicial review is available here. I copy below an extract.  (my black)
The second part of my principles is the Rule of Law. What I mean is that as a society we are governed by clear rules set in advance and not by the arbitrary choices of those in power. That is a fundamental principle of our Constitution and I would not want any reform to endanger it.
The third is the Sovereignty of Parliament. In order for life in common to be possible, the laws that govern us must be orientated towards the common good. But what the common good means is, of course, open to interpretation. As Winston Churchill said, the least bad way of settling those disagreements is through democracy. It is our Constitution that gives the final say to the elected Parliament, not to the unelected branches of the state. I think that is a very sensible settlement which has served us all very well.

It is arguable to say the least that above we have the irresistible force meeting the immovable object and of course as a buddy of Boris Johnson when push came to shove he was a government lackey in the Brexit controversies over parliamentary rights.

And so we come to Dominic Raab, demoted this year to Petty France but given the office? (title) of Deputy Prime Minister. That alone indicates the status of Justice Secretary in the eyes of this Tory government  where its newest holder needs his ego polished.

Is it any wonder that Justice in this country is now an accoutrement  to our society`s well being in addition to saving the face of on overblown egotistical political irrelevance. The concept of Justice as a right for all citizens has long gone and with it the basis of our democratic traditions and freedoms because without Justice they evaporate just as surely as the morning mist in autumn.