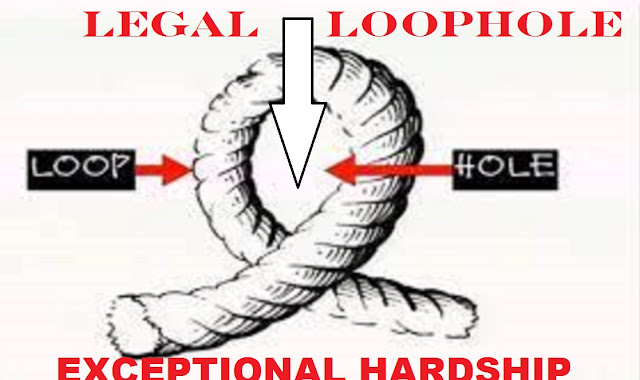 The term "exceptional hardship" might be thought to have a simple meaning:-

is what can be submitted by the defendant as part of a plea in court to retain driving licence after totting up 12 penalty points or more .

I remember that when my bench disallowed such a plea it caused more raised eyebrows from legal advisors than almost any other decision.  I often wondered why this was so.  And even now at seven years distant from my last sitting I have no answer.  Is it that unlike when I started driving nearly sixty years ago using a vehicle has now become almost as common as having hot and cold running water or indoor lavatories both of which facilities were not available to many families of that era?  It is such a common offence to come before magistrates courts that I have posted here upon it and the anomalies of such outcomes more than a few times. Some 142,275 drivers between 2017-2021 were banned for exceeding 12 points but 35,569 successfully argued exceptional hardship. Indeed dozens of law firms make their living by advertising their successes in arguing such cases.  It has become a national disgrace with so  much anti motor and anti motoring legislation in being and proposed that this hurdle has been reduced to nothing more than inconvenience for those with eloquence or the means to hire such eloquence that pulls at the presumed heartstrings of a bench which has lost sight of its purpose. Perhaps like central heating and low cost groceries holding a driving license to so many benches is akin to a human right; a right not to be removed under all but the most dire circumstances. From another point of view the actions of benches in accepting so many pleas of exceptional circumstances many of which are undeserved  have brought the whole idea of lay benches into disrepute when seized upon by some of the popular mainstream media.

Read the short report of a typical case here and ask yourself if this driver truly fell into the category of those with exceptional circumstances when so many senior judges have pronounced that loss of employment does not constitute a valid defence against a banning order as a totter. In reality someone who drives for a living surely has an obligation to drive in the most careful manner to retain that license.  I have no doubt that this scandal has had the eyes of government inspection upon it.  When time and circumstances permit there will certainly be legislation to tighten up what has become an obvious legal loophole.