BLAME IS ON OUR OWN DOORSTEPS 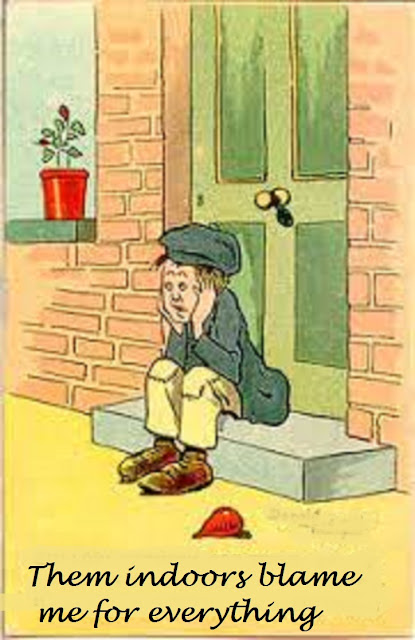 There are some very rare occasions when any thinking person, and I include of course all those who give a few minutes of their valuable time to read my jottings, must refuse to sit on the philosophical fence and  declare an opinion on a subject of the utmost gravity.  We are living through such times. I am  not referring solely to the tragedy in Ukraine but to legal circumstances surrounding its ancillary personalities and principles who and which are arguably at the top of the legal tree and the application of justice in what still remains of a society where everyone is equal before the law.  Two examples of the muddled thinking of the senior judiciary and at the top of the Bar have presented themselves in the last six months that prove to me at least that the letter of the law has been positioned as the arbiter of justice as opposed to its spirit. These are the situations recently at the Hong Court of Final Appeal and the Royal Courts of Justice over the last few years where routinely Russian oligarchs and their bottomless treasure chests have been stifling criticism by throwing some of their ill gotten gains at those who represent them..

It became apparent to any observer with an ounce of common sense and/or an insight into Chinese  political obfuscation that the agreement on the transfer of Hong Kong to China would last only as long as it suited the Chinese. The changes in China since the 1997 transfer have been apparent to all. The regime under the current dictator has shown that nothing will stand in his way of his securing what he believes to be China`s future as the world`s unassailable military power and that includes the futures of Hong Kong and Taiwan.  The United Kingdom has provided him with the legal fig leaf of the Hong Kong Court of Final Appeal where the most senior British judiciary have presided.  Serving judiciary who function on the Court have their fees paid to the UK Treasury.  Retired senior judiciary presumably negotiate their own fee for services rendered because it seems such information is unknown to Mr Google.  The mealy mouthed kowtowing of the UK to the supine head of government in Hong Kong was published on 27th August last year by the Supreme Court.  This head in sand position so beloved by senior legal minds has been endorsed by a retired member of the Supreme Court on the basis to quote Lyndon Johnson, late US President, "better to have your enemies in the tent pissing out than outside pissing in".  The underlying thinking processes behind such actions, in my humble opinion, seem to be that that they are above government intervention in their opinion of the application of the law.  But if the existing law is untenable, undemocratic, or perhaps badly drafted do those who sit in judgement not consider that they are enablers of anything from injustice to dictatorship?  It would appear not. Supreme rulers of all shades throughout history have always found that the law can be tailored to their requirements and compliant judges can be persuaded to do their bidding brushing aside all valid objections but the converse equally applies: by counting the numbers of angels on a pinhead lawyers can invoke law to suit their sometimes nefarious purposes even when justice is the victim.

The current situation in Ukraine has opened a nest of previously hidden vipers around Russian oligarchs and their fortunes beckoned here by the curled forefinger of unscrupulous simple minded governments from Tony Blair via David Cameron  to Boris Johnson.  It appears that the last named is striving to avoid for as long as possible the imposition of legislation that would open to public scrutiny the truly obnoxious lengths he has gone to utilise benefit from the laxity with which Russian money was able to ingratiate itself and thus its owners within the innards of the Conservative Party.  And now enter the lawyers.  Following perhaps the example of Lord Pannick QC legal arguments have been loudly voiced at any suggestion that the current legal rights of defence by Russian enablers of Putin be, in their opinion, curtailed insofar as their previous attempts, some successful, in curbing free speech have demonstrated, are anathema to the rule of law.  So conversely to the situation in Hong Kong it is the legal profession (in part) which is opposing government. However to this outsider the enormous financial milch cow of representing these thieves of Russian state assets during and after the time of Boris Yeltsin seems to be the driving force of their supposed shoring up of the legal system against arbitrary government decree.

It seems that for many lawyers, to quote Dickens, "It was the best of times; it was the worst of times. It was the age of wisdom, it was the age of foolishness."  I would sum up by saying that in some of the upper reaches of the legal fraternity  the rule of the law entrenched becomes secondary to the tool of the claw outstretched.   The law can give and the law can take away. The law is in the end what we make it and the lawmakers sit in London SW1.  If our legal system is becoming but a shadow of its former regal self the blame is on our own doorsteps.