THE ARROGANCE OF A LOCAL COUNCILLOR IN BOURNEMOUTH 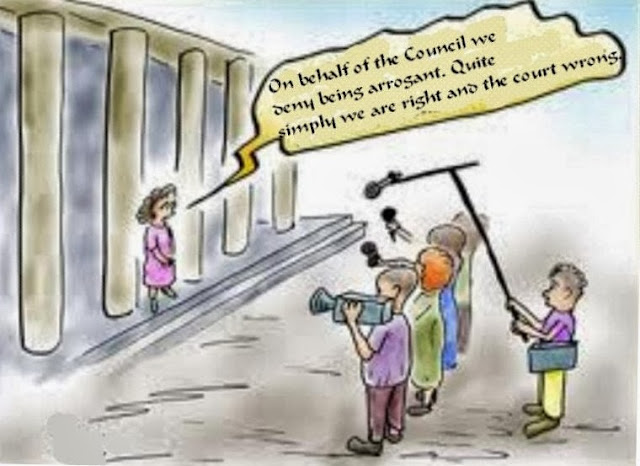 From Hillsborough via the Stafford hospital scandal, by passing numerous â€œbaby bashingâ€ cases and child grooming the authorities concerned have generally tried to avoid personal responsibility by staff members for actions ranging from misconduct to manslaughter.  These staff members have ranged from chief executives to individual professionally qualified personnel.  Blame has been placed on procedures, culture or institutional deficiencies of one sort or another.  Overseeing authority has also been reluctant to place blame where it is or has been deserved.  The recent BBC debacle has been a prime example.  So when an authoritative source names names, feathers are ruffled.  And so it seems were the  burghers of  Bournemouth.

Since magistrates` courts had taken from them licensing duties which had been in their domain for decades their remaining function in this regard has been as a court of appeal.  And councillors in the Dorset seaside town went to the press with their anger at remarks at such an appeal.  The bench chairman had, in the councillor`s opinion, the temerity to make clear the court`s reasons for rejecting an appeal by said council.  The reasons reportedincluded criticism of evidence given to the court by council officials. Apparently that upset a fine upstanding  local representative.  His own display of pique and arrogance by somebody who should know better was an indication of his limited understanding and appreciation of what the law is about.  The magistrates concerned will of course say nothing more in public about their decision.  Their reasons are already in the public domain.  They are above local political shenanigans.  If a council officer was deserving of criticism in the proceedings it was their duty to say so publicly.

There has been too much circling of the wagons to protect poorly performing publicly paid council workers however senior.  If the courts cannot make known their reasons including criticism of such people we should all start learning Mandarin.