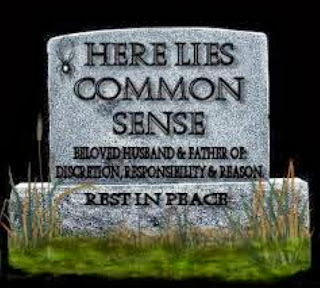 When I was appointed one of the requirements sought of applicants by the appointments committee was common sense. Seems simple enough but that requirement disappeared from application forms some many years ago. The reasoning behind the change, as I understood it from documents at that time, was that with an increasing number of BME candidates and a population ever more diverse owing to immigration from all quarters what was once â€œcommonâ€ to the population in years previously could not be construed as â€œcommonâ€ when the population`s origin base was increasingly varied. And the commonality of sense was supposedly encompassed by the thought processes of the politically correct little weasels hard at work in Whitehall. However all was not lost and my contempt for those who still try to influence us as did their colleagues then has not abated.

In the very simplistic of terms that common sense of a bench was upheld by the High Court earlier this month in a case of drink driving. The full report is here but in short the appellant`s case was thrown out by Mrs Justice Cox who ruled that the circumstantial evidence was compelling enough for the lay bench to have found the charge proved beyond a reasonable doubt. She endorsed the decision the bench had reached; a decision that could be said to have been based upon a common sense weighing of the evidence.