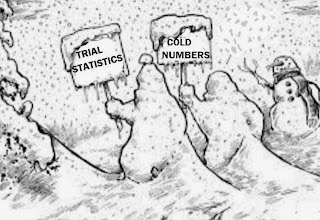 I have copied below two extracts from the latest quarterly court statistics released today by the Ministry of Justice. Knowledgeable readers will judge for themselves whether or not the cold numbers give a true reflection of their own individual experiences. What the figures do not and cannot show is the amount of â€œdowntimeâ€ experienced by Justices of the Peace sipping coffee in the retiring roomâ€¦â€¦coffee brought in by themselves as HMCTS no longer provides sameâ€¦â€¦â€¦.because listed trials have been aborted. This lost time is being paid for in the form of justices` expenses although because perhaps fewer than half claim anything more than petrol money and subsistence allowance for lunch it is miniscule in real terms. It results in the highly paid District and Deputy District Judges (M.C.) being allocated cases in preference to J.P.s when work is thin on the ground.

The second smaller extract is interesting insofar as it gives an indication of the professionalism with which cases are conducted at the magistrates` courts. Considering that the vast majority of trials are still presided over by lay benches as opposed to District Judges(M.C.) my colleagues and I can feel justly proud IMHO of course.