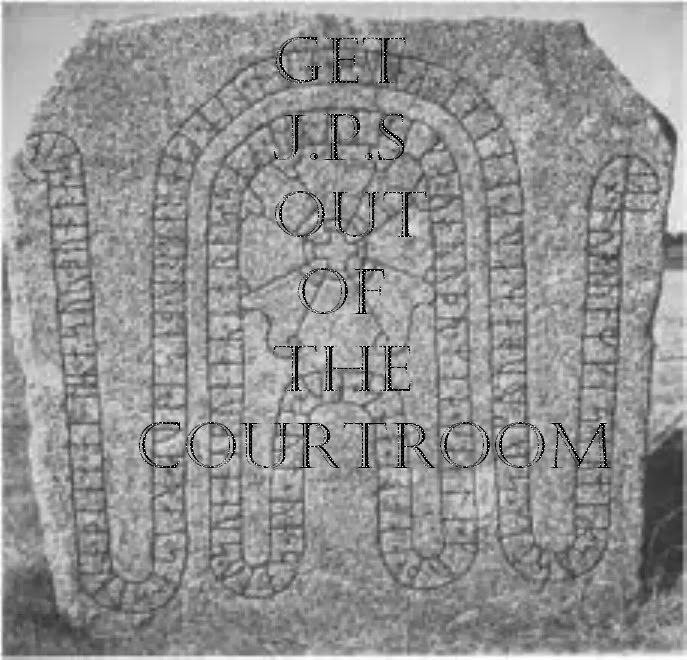 With an election approaching like a high tide on the Devon coast the legislation flowing from the Ministry of Justice is in danger of overwhelming the defences of the legal profession and others with a vested interest.  Its current occupant Chris Grayling hopes to have  Royal Assent for his  Criminal Justice and Courts Bill before the forthcoming deluge for the Tories in May 2015. With its press office on steroids, the latest changes proposed re J.P.s` responsibilities  are reason enough to harden my convinction that there is a powerful unseen current determined to rid us completely from the courtroom.  He proposes to placate our anticipated  anger at our removal from that arena by ensconcing us as single magistrates  in a back office with no public access to  deal with more than three quarters of a million â€˜low-level regulatory casesâ€™, such as TV licence evasion and road tax evasion.  But that is not enough for the weasels advising a Justice Secretary without a legal background.  The bill also allows some summary-only, non-imprisonable offences to be dealt with by a single magistrate supported by a legal adviser out of the courtroom.  These would include:-

It amazes me when many(most?) of our representatives refuse to acknowledge, at least in public, this unspoken agenda being prepared for our redeployment.  The runes are in front of us.  All they require is the minimal skill to read them.