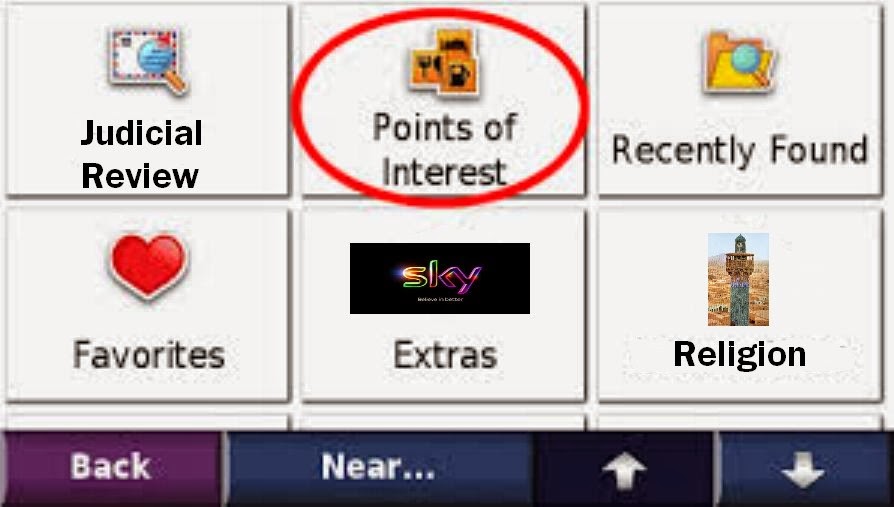 I feel that sometimes as magistrates we feel that life revolves around our own little empires (courts).  Quite simply, reporting of magistrates` courts proceedings in local media is rapidly becoming a relic of a bygone era.  There are many interesting cases from Scottish and higher courts that probably slip below the radar of the average J.P. but which nevertheless have points of interest  for us all.

Restrictions on legal aid are already having noticeable effects in our courtrooms.  Presumably at some time in the not too distant future a Freedom of Information Request will confirm the increase in unrepresented defendants.  A revealing interview in last week`s Guardian by a hard up criminal lawyer more or less sums up the situation for many in her position.

Chris Grayling who has been the subject of repeated criticism here and elsewhere huffed and puffed last May about reducing the scope of   Judicial Review.   Not surprisingly the judges took exception to his proposals.  It appears that like all bullies when they realise they might be resisted  this one has backed down.  Those within the legal profession might comment on the current matter going through Judicial Review in a case of when is a U turn a U turn.  Does a three point turn constitute a U turn?  The report is available here.  Is this typical of the cases that Grayling is trying to prohibit?

On 02/12/2013 I commented on my personal experience of  sitting on a case of  fraud involving pubs showing Sky Sports without the appropriate license.  BSkyB is pursuing this aggressive action also in Scotland. Punishment of offenders in such cases  is for the bench to undertake from first principles.  Those colleagues who have difficulty in considering matters without guidelines to assist might want to consider whether they are capable of doing the job as it has been done for decades or whether without guidelines they are in a dark tunnel without light at the end.

Threatening behaviour was admitted by a football fan who pretended to set alight torn pages from the Koran.  With such sparse details as are reportedintelligent comment is futile but it crosses my mind that if this man of previously good character had been representedâ€¦â€¦..it seems unlikely that he wasâ€¦â€¦â€¦.by a barrister well versed in such matters there might have been a different conclusion.  I wonder if pages of King James Bible had been involved whether or not such a charge would have been brought.  And what if the holy words or relics of Jedi Knights or the Druid priesthood were the objects of supposed fiery destruction;  would that also have been the basis for a similar charge?  After all they are recognised as religions and one would suppose subject to equal protection under the law.

And finally an uplifting report of an alcoholic who has kicked her demons and has been justly rewarded by colleagues by having her driving ban reduced.  Would that similar situations were more frequently before us.