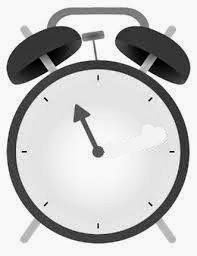 Sitting in court is never boring but sometimes it is routine; nothing of interest then,  like looking for a taxi on a rainy day, suddenly two come along one after the other.

A morning traffic court consisted mainly of  those being prosecuted under s.172. I described such a sitting on March 27th.  It wasn`t until a  more recent sitting last week that a previously unnoticed anomaly in the process hit me.  If police have had no reply within the 28 day deadline  to an initial notice sent to the vehicle`s  registered keeper a reminder notice is sent requesting that the completed form is returned within seven days.  Within that reminder is a little read paragraph stating that even if the return of the original notice appears to have crossed with the receipt of the reminder  the latter should still be returned fully completed to ensure compliance has been made.  The misinformation within what should be a simple  process is as follows:-  The statutory time allowed for compliance i.e. the return of the form s.172 duly and accurately completed is 28 days.  The additional time apparently offered by the reminder is a courtesy.  So the obvious problem as happened at that last traffic court was that the defendant had returned the original form on day 29 and one day later received a reminder which he ignored having assumed that the first and only form he returned would be sufficient.  He sent it without asking for proof of postage from the post office.  The police, according to the CPS prosecuting, never received that form.  As a bench we had two options as would any other bench in a similar case.  We could rule that the 28 day limit for receipt by police of a returned form   was not complied with, find guilt proven and perhaps in the extenuating circumstances  dispose of the matter with no costs and an absolute or conditional  discharge or we could find that within the apparent terms as offered by the reminder and having had sufficient but not conclusive evidence of the reminder having been sent within the extended period find the defendant not guilty.  As a bench we were split and there that story ends.

But surely in such matters which are repeated thousands of times weekly  if the police sent a reminder well within the statutory period eg after 14 days fewer offenders would be caught out by their dilatoriness or is that too simplistic for the  boys in blue?  Can they not see that something is missing in their approach?  Common sense perhaps.

Part two of this tale will be for my next post.