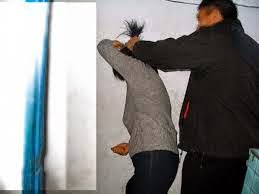 The last couple of weeks have seen headlines in the media of â€œeducation this or education thatâ€. Notwithstanding hot beds of alleged encouragement of pre pubescent extremism in Birmingham and compulsory nutritional requirements for school meals the old chestnut of pupils` non attendance is also back in the news. Earlier this week I had such a matter before me and my colleagues.
There are special allowances for the children in traveller, tinker, gypsy or romany families. There are, however, distinctions made between â€œsettledâ€ and â€œunsettledâ€ families. The child in our case (aet.15) who was not in court was from a settled family but had missed two years schooling until he was enrolled in 2012. His father had done everything in his power to encourage attendance; he had attended all required meetings with education officials, had driven him to school every morning but no amount of persuasion could ensure the child was in a classroom for the requisite lessons. As he told us, â€œ Short of dragging him by his hair and chaining him to the classroom wall could I have done anything else.â€ The child was not in any way in need of mental assistance, his physical health was excellent although he was subject to some bullying owing to his being behind his peers in reading ability but that had been kept in check by watchful teachers. He had wanted to leave school at aet.16 to attend college. The school could not justify the costs involved in such a decision taking all factors into account. We felt some sympathy for the father but the law was quite clear and a case presented by the prosecutor and endorsed by our legal advisor was explicit. That case involved a child who had been subject to persistent bullying, was being treated for mental health problems and who had attempted suicide. Her parents had nevertheless been found guilty of not ensuring required attendance at school contrary to section 444(1A and (8A) of the Education Act 1996.
We fined the father who was of good character a small percentage of the Â£600 costs requested and a similar fine. We understood of course the law`s function  ensuring that irrespective of many factors its primary purpose is that every single child shall have the opportunity of an education and that that responsibility falls upon the parent(s) or guardian. Just perhaps the hurdle in such matters is a little high.

PRISONS AND PROBATION RECIPES FOR DISASTER TO BE AVOIDED Posted on 19th October 2015
Close to the wire Posted on 21st May 2011
FBU National Womenâ€™s School to be held in April near Sheffield Posted on 21st February 2014
Whiteley Primary School Summer Fayre 2013 Posted on 28th May 2013
Attendance within minutesâ€¦ Posted on 26th May 2011
SCHOOL ATTENDANCE CASE TO GO TO HIGH COURT Posted on 02nd November 2015
Video | FBU national school Posted on 20th November 2015
Man charged after York school girl attacked in school grounds Posted on 30th November 2014
Stalybridge firefighters help dads and lads club bond Posted on 14th May 2012
Is this a job for the police? Posted on 25th June 2012