WATER OFF A DUCK`S BACK 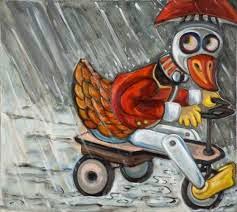 I hadn`t intended to post today but reading of the probation service`s trials and tribulations on other sites I feel that somewhere real criticisms of that service have been lost in a certain amount of self pity. Some of the first training courses I attended as a J.P. were centred around â€œstructured decision makingâ€. Indeed that general mantra has devolved into an almost tick box formulaic exercise under the Sentencing Guidelines. A key test of whether an offender should be subjected to a custodial sentence is whether the offence is so serious that only custody is appropriate. Assuming that the answer is in the affirmative the next question the sentencer must ask itself whether bench or judge is whether or not there are circumstances that can allow the sentence to be suspended. All too often pre sentence reports when concluding on a recommended disposal will canvass a community order or â€œif the bench does not agree then a suspended sentence order with unpaid work etc etcâ€. In my opinion this demonstrates the woolly thinking of so many of these writers. If they are aware that a custodial disposal decision must be made before any consideration can be given to its suspension a PSR writer should say so: i.e. custody but here are the reasons to suspend the sentence. If such personnel are unaware of the structure by which we sentence then they ought to be made aware and quick.
I have said as much in open court many times but it seems like water off the proverbial back of a duck.