MRS MAY IS NO MRS THATCHER 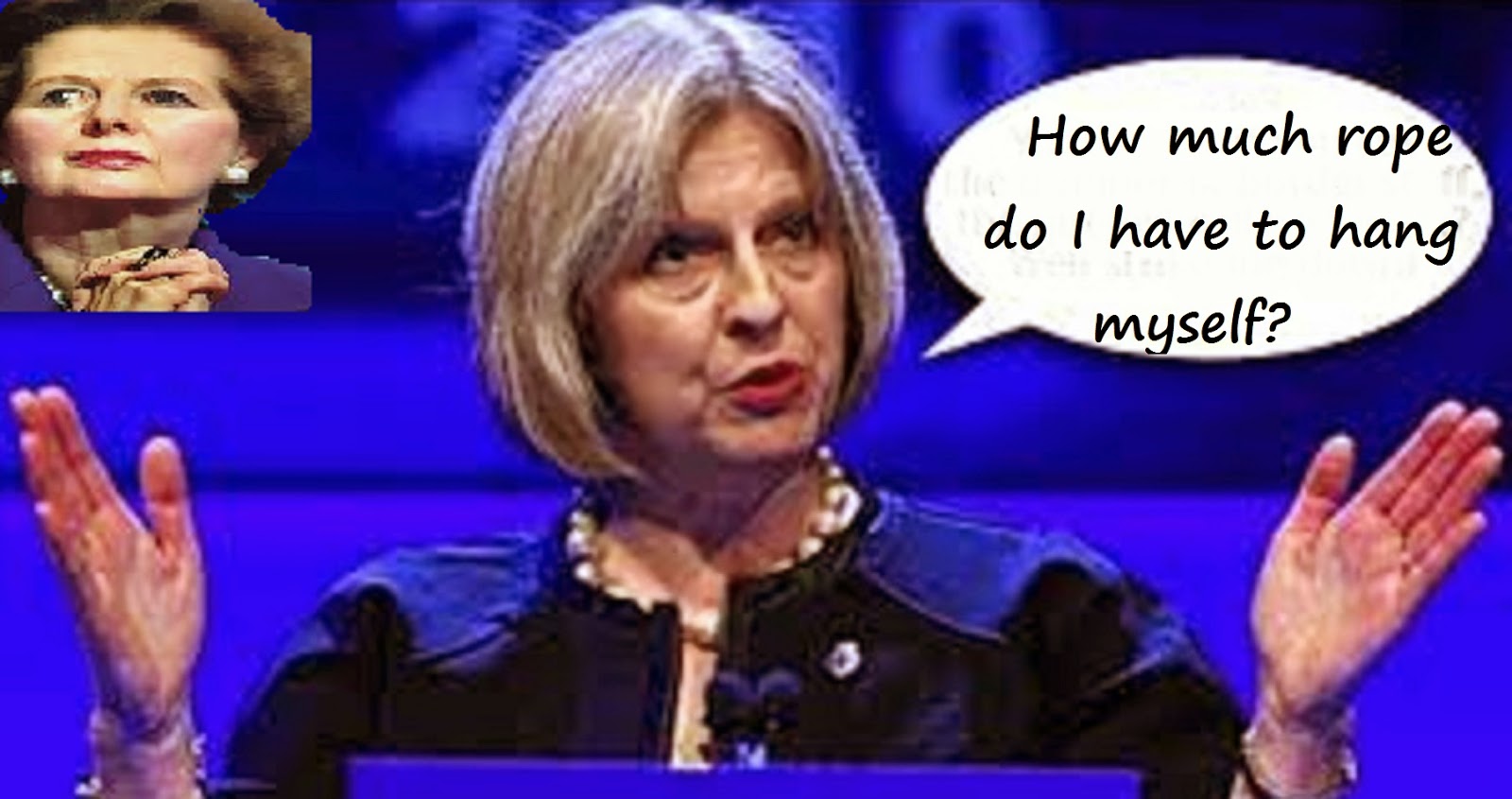 I had no post intended for today; that is until the lunch times news that Baroness Butler - Sloss had decided to stand down from the proposed inquiry into various allegations of paedophilic activity particularly amongst the great and the good. Despite her previous protestations she has now removed herself from the inquiry. Being the sister of the late Attorney General who was actively involvedwhen accusations of child abuse were rife in Westminster did not seem to figure much in the mind of Home Secretary Theresa May when she appointed the Baroness. The more the denials of any previous covering up or of any intention of resignation emanated from the 81 year old the more it became obvious that hers was a losing case. But of more import it demonstrates all too clearly the inadequacy of the Home Secretary who just last week tried, apparently with some success, to convince her political opponents that emergency legislation had to be brought to parliament on the pain of there being an imminent risk of a successful Guy Faulkes night.
The leaders of the Tory Party have demonstrated so many instances of firm immutable decisions that have been reversed when they should not have been made in the first place that in some ways I hope the Scot Nats get their â€œYesâ€. Our esteemed prime minister gave in on so many issues eg votes for 16 year olds that he has demonstrated he has no principles whatsoever and is following in the steps of his predecessor in securing whatever short term advantages he can get day to day. By pandering to the â€œvictimâ€ culture which has overtaken our legal system like the witch hunt of old he and his ersatz Thatcher have brought this latest sorry mess down upon their own heads.