LOW SITTERS GETTING AWAY WITH IT 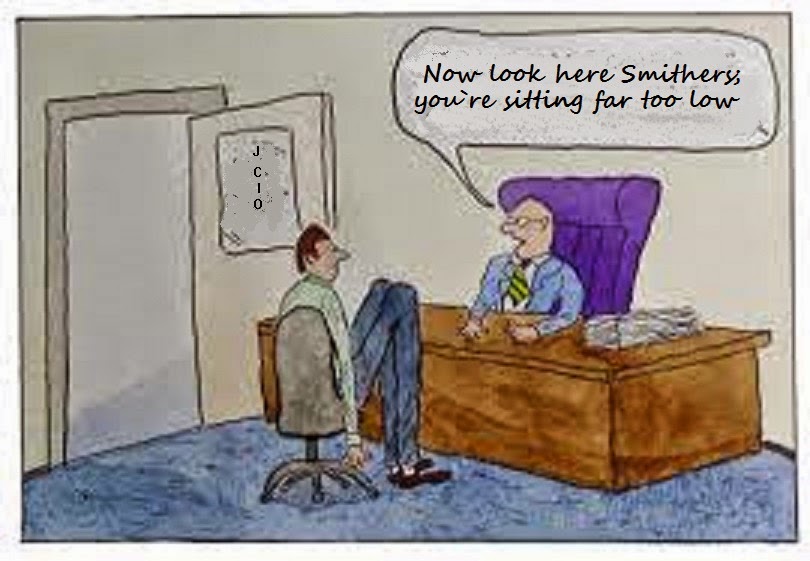 One of the fundamental arguments in favour of Justices of the Peace presiding over magistrates` courts` trials as opposed to a single professional District Judge is that the former construction could be described not unfairly as trial of the people, by the people, for the people. However something is seriously amiss with our requirement to have three people on a bench with, if possible, diversity considered be it ethnic or sex. A recent day last month at my own court had seven courts in operation with nine sittings throughout the day. Of these, seven sittings consisted of a two person bench. This is plainly unacceptable. We have around 360 members. It seems to me that with my previous experience of some of the back room comings and goings that there are probably far too many colleagues who are sitting for the minimum number of sittings required. Which obviously leads to the next question as to whether or not they were fully appraised of the time requirements of a Justice of the Peace when before the Appointments Committee. I would suggest that prospective appointees were unlikely to admit time restraints at that stage in the process.
However there is a disturbing set of statistics hidden within the website of the  Judicial Conduct Investigations Office more familiarly known until recently by its former title; The Office for Judicial Complaints. One tends to be suspicious of organisational name changes for name changes sake; think Border Agency, Criminal Records Bureau etc etc. Anyway getting back to the topic; in 2012 in the period January 1st to July 16th 14 magistrates were subject to disciplinary procedures of whom five were removed from the magistracy owing to their failure to complete the minimum number of sittings required. In the similar period for 2013 the figures were action against 12 magistrates of whom five low sitters were removed from the magistracy. This year up to today`s date the disciplinary process has been applied to 18 colleagues of whom one only was removed from the judiciary for being a low sitter. To a non statistician like myself it would appear that there is a prima facia case of there having been instructions to those powers that be to go easy on magistrates who have been unable to give the minimum time required to do this job. If that suspicion of smoke has arisen without fire somewhere in the Ministry of Justice I would be most surprised. The scandals of trying to have justice on the cheap which are routine knowledge to those of us in the system are just beginning to reach the general media. So next time any colleagues are sitting on a two person bench as I will doing at my next sitting ask your Bench Chairman what your bench statistics are on low sitters.

MAGISTRATES BEING "OFFENSIVE" Posted on 20th July 2015
Are We There Yet? Posted on 17th October 2019
CROWN COURT APPEALS Posted on 07th February 2015
J.P.s PRIVATE CONVERSATIONS REPRIMANDED Posted on 07th January 2016
REMAND COURT//JUST A TYPICAL DAY Posted on 16th June 2013
THANKS FOR THE MEMORY//A MEMORABLE SITTING REMEMBERED Posted on 15th April 2016
GOOD INTENTIONS AND THE ROAD TO RUIN Posted on 22nd October 2014