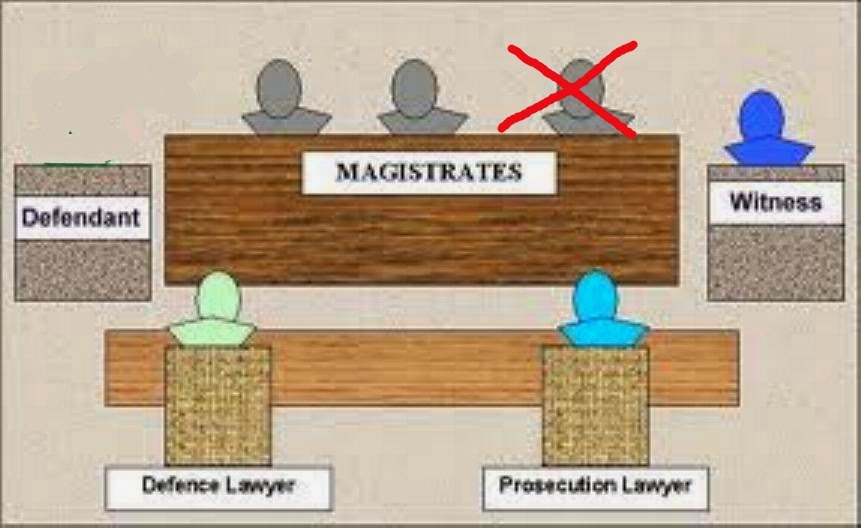 Six courts were running yesterday morning of which two were constituted by just two J.P.s.  Two of these courts had their afternoon sittings cancelled.  C`est la vie!