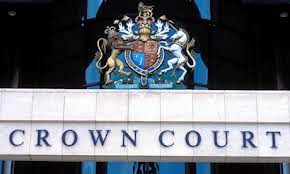 Sitting on appeals at crown court makes an interesting change to the routine of a J.P. The caveat is the lack of certainty that the appeal court will actually be active on the appointed day or that one will be required for the time estimated. For those reasons many colleagues and I include myself in their number are loath to make themselves available. The result is a stream of e-mails requesting sitters as appeals days approach. That said the unfailing hospitality and courtesy shown by the judges when I have attended is heartening.
Towards the end of last year with an expected day of complete and absolute leisure in my diary my in box contained a familiar request for crown court sitters. And so with a colleague I was sitting with His Honour Recorder L. We had three cases; using a mobile phone whilst driving, harassment and failing to supply driver`s name and address. The first two were appealing against verdict after having been tried in absence and the third against verdict. The first matter concluded very quickly; CPS could not produce its sole witness, the officer who stopped the defendant when he allegedly witnessed the offence. Appeal dismissed and costs awarded out of central funds to defendant who was represented by counsel. The second matter ended with the appeal being withdrawn after the complainant had given her evidence behind screens. The third defendant had been snapped speeding in his Maserati and had asserted that the two notices requiring the driver to be named had not been received [although all other related documents had been] despite admitting that he had never complained to Royal Mail about postal delivery problems nor considered using his business address where he was a managing director and where he had had other private mail directed. He blamed the concierge who sorted the post after delivery at his block of luxury flats. We had had proof of good service and my colleague and I were in no doubt whatsoever that he was not a credible witness although a very middle class one and well represented by counsel. Perhaps that is why the Hon Recorder L was not in agreement with us and offered the example of the Archbishop of Canterbury making similar assertions. He was however not strong in his opinion and when it was pointed out to him that magistrates listen to such stories every day except the defendants, often on benefits, don`t drive Maseratis and generally live in tower blocks without concierges to sort their mail he was persuaded so that it was in the end a unanimous decision to dismiss the appeal.
The courtesy was demonstrated in court by L when in that final case he offered me the opportunity to personally put my questions to the defendant on his supposed postal problems: I declined and he as the judge in the case did it for me. The hospitality in the judicial dining room with the liason judge pouring my coffee and the free and easy banter was as I recollect from my previous sittings some long time distant a relaxing interval.
If only the organisation of appeals and sittings was as satisfactory my colleagues and I would be lining up to sit at crown court.