INNOCENT UNTIL PROVED GUILTY/TIME FOR A CHANGE? 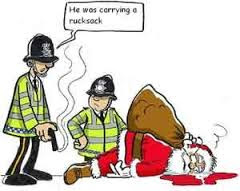 It used to be axiomatic; a defendant was innocent until proved guilty. It seems this pillar of British justice has some cracks within it.  The difficulty in some cases of achieving levels of proof in this regard until relatively recently persuaded police that getting suspects to "fess up" was the way to secure conviction.  It is to be hoped that with current safeguards this habit has died a well deserved death. However the ever increasing cacophony of "the victim must be the centre of our justice system" emanating from myriad sources is liable to lead to just as many miscarriages of justice as ever perpetrated by police.  An early sign of this perverted philosophy was the argument that if most European countries can do it why not the U.K.?  And the "it" was to place guilt upon the motorist in any collision with a cyclist until such time as it was shown that said motorist was blameless.  Indeed it was only yesterday as I was driving down a local street, cars parked on both sides, when I had to sound my horn to warn a cyclist ahead of me, earphones in place, who was cycling well over the halfway line in the road.   And to further my point of view a hundred yards further on a family of adult and two teenagers was cycling  towards  me on the wrong side of the street.  The suggestions in Scotland are concerned with action in the civil court not in criminal cases but the words "wedge, thin, edge" come to mind. 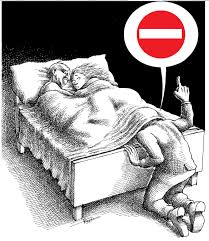 The crime of rape is horrendous.  The perversion of a pleasurable natural function to an act of hate and misogyny can arguably be considered in the criminal court as a matter of opinion.  There are rarely any independant witnesses.  Consequently there has been considerable legal argument as to where the height of the hurdle of guilty beyond reasonable doubt should be     placed. Contrary to many loaded analyses, convictions are over 60% which compares well with other indictable offences. But megaphone arguments of what could be termed the victim lobby seek much more.  Pressure is building for guilty until proven innocent when certain considerations are before the court. Primarily that is the issue of consent.  This post is not about the detail but about the underlying philosophy and for what it might mean for British justice. We have seen over the last year or so the witch hunt which began with Leveson.  Apart from burning at the stake the search for heretics be they sexual deviants or those who operate a free press is being propelled by a similar hysteria.  This does not augur  well for the lowly citizen when and if in contest with the almighty state.