HAVE WE HAD ENOUGH OF POLICE AND CRIME COMMISSIONERS? 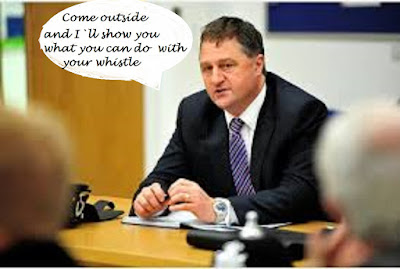 The installation by local election of Police and Crime Commissioners was supposed to be one of Theresa May`s brighter ideas within the Coalition.  With many instances of incompetence, wrong doing, lying and general malfeasance within their ranks it seems that she is trying to do her best off the back foot.  The latest example of a PCC being shown as an ignorant bully and a liar from his position in Humberside can be read here.  Whilst there initially might have been an underlying argument to install a single individual in place of a local committee to oversee policing the results so far are a justification for the whole process to be re-assessed.