BALANCING THE BOOKS BUT AT WHAT COST 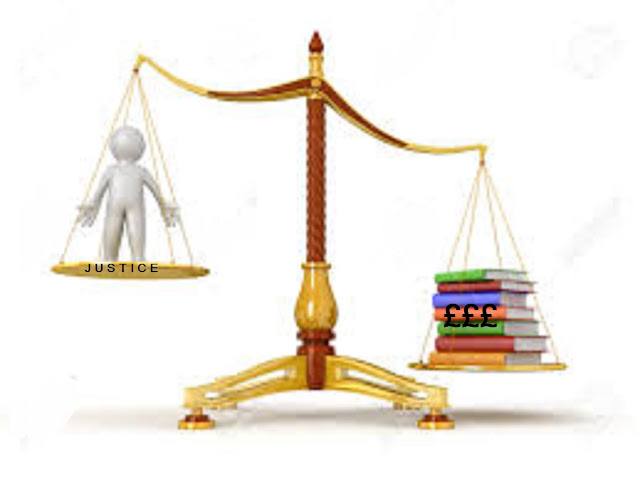 I recollect many years ago when I first visited New York in the 1970s  that one of the many things that surprised me was to find that many of the larger stores had guards armed with very large clubs standing at the entrance and patrolling inside.  It seemed that their presence was less to be a reassurance to shoppers in what was then a city of high criminality  but much more to offer an intimidating  warning to intending felons.  In England on the contrary the only uniformed presence on the streets etc apart from police officers was the traffic warden who was becoming an increasingly common sight on our high streets.  Their patrols whilst unwelcome by many were tolerated in the main owing to public consent and awareness of the  increasing necessity to allow rapid turnover of parking spaces.

Over the last decade or so the sight of people in a quasi military uniform of black or blue cap and associated jacket and trousers has become a feature of our society.  However with the introduction of Police Community Support Officers with powers as below a turning point was reached in the principle of allowing authority  to cascade down from police to such an extent that joe public and many others had little awareness of where or when that authority could be applied.

Traffic PCSOs have extended powers to help keep traffic moving. PCSOs only have powers when they are in uniform. PCSOs must carry a â€˜designation cardâ€™ that describes their powers. PCSOs do not have a power of arrest but they can require a suspect to remain with them until a police officers arrives.The 'power to remain' can be exercised only in limited circumstances.

With police numbers reduced by 10% over the last five years and budgets cut to the very bone some of those charged with ensuring at least a modicum of security on our streets have scraped the bottom of the barrel by  empowering, currently to a limited extent, employees of G4S.

Outsourcing by government agencies as a policy  in itself has advantages in limited circumstances.  However iniquitous eg  the BBC license fee is,   it would be ridiculous now for that organisation to undertake its collection.  There is also an argument in favour of eg Capita plc to be responsible also for collection of Council Tax.  But the outsourcing of agencies under the control of the Ministry of Justice was a very bad mistake.  The situation in privately (outsourced) prisons and the probation service are glaring examples of what can go wrong with such a policy.

Of all government responsibilities defence and justice are in a class of their own  They are what others are not: they are the two  indispensable pillars for our society;  the protection of its security and  ensuring the democratic basis on which we can be governed by the rule of laws as enacted by a freely elected parliament.

This noxious spread of petty hitlers in uniform is to be deplored.  The cost in loss of confidence by a population will never be balanced by notional attempts to balance a Chancellor`s books.

Private Finance Initiative: where did all go wrong? Posted on 22nd September 2011
Books wanted for those who are in police cells, to give them some thing to do Posted on 14th August 2014
It was the worst of times, it was the worst of times... Posted on 24th March 2014
Books galore! Posted on 10th April 2014
VCâ€™s of the First World War: Passchendaele 1917 by Stephen Snelling Posted on 01st September 2012
Birmingham Pals by Terry Carter Posted on 30th November 2011
â€œDangerousâ€ plans to cut frontline fire services condemned by Gloucestershire firefighters Posted on 01st October 2015
HEADS SHOULD ROLL AT BROXBOURNE COUNCIL Posted on 08th July 2015
De Minimis (2) Posted on 15th November 2013
Mortal Men E-Book Posted on 22nd February 2012