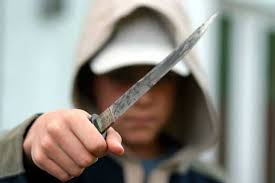 So..........here we go again just like clockwork..........a government promising to go down hard on those carrying  knives.  We`ve been here so often before that it appears to be a right of passage for newly installed ministers at Justice to proudly announce their latest attempt to make our streets safer although no one name is associated with this latest pronouncement.

This was just one of previous attempts to deter and/or punish those caught on the streets.  For the numbers watchers reading this a comparison between last year`s and current figures might be of interest. The arguments, however, will not go away.  The Met Commissioner recently expressed his opinion that reduction in stop and search has hampered his force`s ability to take weapons off the streets.  Before the last Holyrood election in Scotland where the SNP won a majority Scottish Labour had promised prison for all knife carriers.  That proposed policy did not go down well with police in Scotland.  I would be surprised if south of the Wall opinions differ.