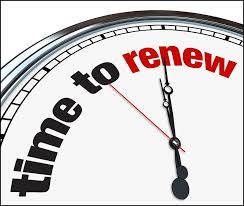 Over the last few days the British Medical Association has been making clear the views of its members in opposition to the Health Secretary`s stated intention of ensuring a fully operational seven day service at NHS hospitals.  Whether or not one agrees or disagrees with the BMA there is no doubt that it is putting forward its policies and arguments effectively. Compare that with the Magistrates Association`s responses to the actual and proposed closure of about a quarter of magistrates` courts since 2010.  The following is its response:-

â€œOur members know that court closures are coming, the Lord Chancellor and his predecessor have both said as much. We accept that there is scope for efficiencies in the system and that frankly some courts are underused due to a variety of reasons, not least the trend in fewer cases coming to court over recent years.
â€œAs with previous closures, our prime concern is that access to justice and the administration of the law is not adversely effected. To that end we will be engaging with the consultation and making our views known accordingly.â€

Now........it is beyond question that comparing magistrates and the M.A. to doctors and the BMA is almost but not quite like comparing chalk to cheese.  Their membership, finances, constitution  and functions are totally different but that IMHO does not excuse the MA from appearing to be a lapdog kowtowing to government dictat.  Surely there is room for a new organisation which actually works on behalf of and in the protection of Justices of the Peace.