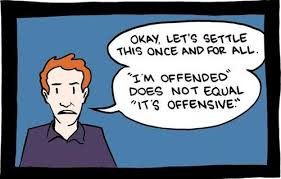 The Judicial Conduct Investigations Office (JCIO) (formerly the Office for Judicial Complaints) recently published its annual report.  Nothing unusual in that one might say and one would be correct except...........when the figures are looked at more closely and especially compared to those of 2012, 2013 & 2014 as far as magistrates are concerned.

In 2012 14 J.P.s were involved.  Of these 6 were removed by reason of being low sitters and therefore not fullfilling their obligations when appointed. 8 were  removed from the magistracy.  Notably there were none who were merely given "advice" as to their conduct or were reprimanded.  Similar numbers are recorded for 2013.  7 were sacked for not meeting the minimum sitting requirements and 3 were removed for other reasons. Once again there were no complaints that resulted in non dismissal decisions.  All that changed in 2014.  There were 40 J.P.s investigated of whom 7 were sacked for low sitting and a similar number was given "advice" as to conduct.  The major change was that 24 were reprimanded over their conduct which seems largely to have been misplaced comments usually within the court or retiring room. This year to 11/05/2015  has seen 16 brought before the investigating committee of whom 5 were removed from the magistracy for being low sitters and a similar number for other reasons. 6 were reprimanded.

It seems that complaints within the court buildings  by colleagues on colleagues are increasing in number. In other activities "whistle blowers" have been newsworthy for some time usually when risks of harm to third parties are involved.  Now perhaps increased sensitivity to the spoken word has become common both in the courtroom and the retiring room. It is beyond dispute that Justices of the Peace have a duty of circumspection in what they say outside the privacy of their home and especially in the public arena but even so perhaps "offensive" has been applied in circumstances beyond the meaning of the word.

I do recall about ten years ago a colleague commented to a Saudi national convicted of theft that he was lucky he wasn`t in his own country where he would have been at risk of losing a hand.  She was asked to explain her comments before the Deputy Justices Clerk who had been informed of her remarks by a winger.  She duly did making it clear that she wasn`t prepared to be reprimanded for making a statement both true and pertinent to the situation. To give him the credit due the DJC took the complaint no further. I wonder what the situation would be today.