SEARCH WARRANTS AND OTHERS SIMILAR 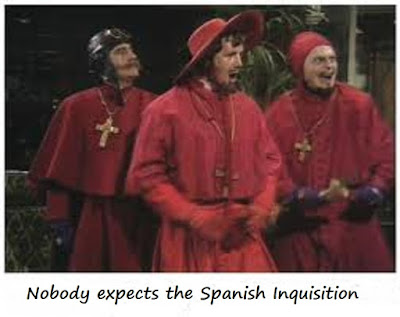 I was unsurprised to note the implications of this case at the Divisional Court. Their lordships take a fairly uncompromising view of the magistrates involved and by extension magistrates in general.  There is a reference to the bench taking only 45 minutes to decide on the application. Perhaps their lordships are not familiar with the daily throughput at magistrates` courts.  Warrants are considered by legal advisors as an unfortunate intrusion into the time available to get through the anticipated list which is itself often over subscribed.  It is not uncommon that their desire is to get the job done as quickly as possible without omitting to cross the "T"s when required and of course dotting the "I"s. Indeed it appears that the need to get over the rubber stamping tendency  is still there.  With warrants of entry by utility companies in this era of reducing benefits to the lower paid and unemployed  it is nothing short of misconduct if there are still magistrates out there who do not subject such applications to the utmost scrutiny.   Once more this lends urgency for my former colleagues to be more inquisitorial whilst in the middle chair whatever the topic in consideration and however unexpected  or objected to  by the legal advisor. After all it is still but for how much  longer a magistrates` court.