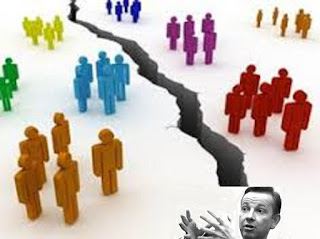 At least the provincial press is taking notice;  matters even loosely connected to "justice" per se are rarely the topic of news editors.  Court cases from both the crown and magistrates` courts do provide regular column inches easily filled but "justice"; that it is a different concept entirely, rarely considered by more than about one third of the population with whom it makes contact unlike the NHS where almost everyone has a story  to tell:  that is until recently.

Grayling`s emasculation of much that is just  has left  a cold unresponsive ice to his successor.   This ice has been broken now by the actions of criminal lawyers of both persuasions.  With only a modicum of fanfare but great internal support those whom governments have tried to denigrate by calling them fat cats have shown they have fangs.  Actions which a decade ago would have been unthinkable have finally caused a Justice Secretary to consider his options. As with teachers, doctors and many other groups with multiple representation governments of all hues operate the ages old policy of divide and rule. It is too early to predict the winner in this contest but meanwhile unrepresented defendants especially in the magistrates` courts must rely upon an under resourced CPS staffed often by agents who are not empowered to make any decisions, legal advisors trying hard to complete the court list and magistrates struggling to ensure justice is done with the level playing field and equality of arms being often outdated philosophies.