STUPIDITY OR PLAIN ARROGANCE OF 161 MPH 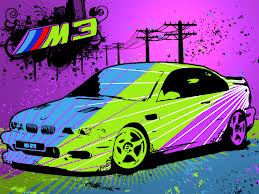 Being a magistrate and knowing the consequences of being convicted of a serious driving matter it is not surprising that most of us have clean or fairly clean driving licenses.  I am long enough in the tooth to remember when all British motorways were as light with traffic as is now the case with the M6 Toll Road along which I recently drove in addition to about another 1,000 odd miles of motorway driving.  During these driving hours I saw not one police patrol vehicle but endured eons of 50MPH average speed limited miles where not a single person was working on the roads sometimes narrowed and sometimes not but always lined with the ubiquitous cone. The frustration grew too much for many and the instances of simple bad driving and excessive speed were all too common. It was therefore with absolutely no sympathy but with utter contempt I read today of an M3 BMW driver convicted of driving at an estimated speed of at least 122MPH on the M5.  I don`t know whether his stupidity in posting the footage  or arrogance in thinking he could get away with it was the greater of his failings but a custodial sentence although suspended was surely the appropriate disposal.