POLICE SHOULD WELCOME SCRUTINY OVER TINSEL AND GLITTER REALITY TV 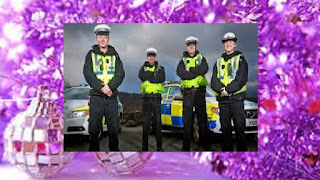 It seems to this blogger that the more active an organisation`s press office appears to be the more it has to hide.  One could say that media exposure is inversely proportional to organisational probity. With the MOJ that was obvious to all who took an interest.  It seems that the Met Police press office is not far behind its MOJ comrades in following their maxim of the more we say the less we reveal.  However like a habit forming junkie the more that maxim is followed the less its effect.

Earlier this year Scotland Yard appealed once more for possible witnesses to the Dolphin Square paedophile ring to come forward on the basis that the evidence of "Nick"  a supposed victim was credible.  Not everyone agrees.   Now another sensational report has been put about, altogether less successfully, that a serial killer might have been responsible for killing twenty four people by pushing them under tube trains.  The current Met Commissioner is arguably the most skilled operator in public relations who has held the office.

With all the supposed true to life TV programmes on British policing from motorway cops who are now a rare sight to following police on the beat in Brighton who will themselves become an endangered species following further anticipated funding cuts I would opine that this police  PR roadshow has reached its limits.  Police forces can improve their profiles with the public more by becoming organisations which are truly open to scrutiny rather than manipulating the tinsel and glitter of  reality TV.

CALLING A SPADE A SPADE: EVEN AN ISLAMIST
WILL MAGISTRATES WANT TO SIT UNTIL AGE 75?
LATEST SENTENCING GUIDELINE OFF ITS TRACKS
MINISTRY OF JUSTICE SPEECHWRITERS ARE PROTECTING EMERGENCY WORKERS
BLM/ANTISEMITISM AND STOP & SEARCH