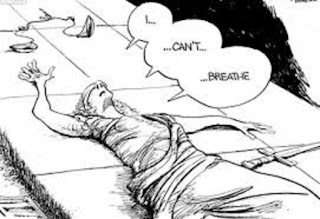 A mantra of the Magistrates Association and M.P.s when it suits their "can`t lose" support for a constituency court to be under threat of closure is "local justice for local people".  Whilst the pithy phrase might suit a hustings or a sub editor on the Round the Corner Gazette the truth is that since local Magistrates` Courts Committees were abolished in 2003 to be replaced by Her Majesty`s Court Service in 2005 and subsequently merged with the Tribunals Service in 2011 to become Her Majesty`s Courts and Tribunal Service the term local is of historical interest only.  The increasing numbers of District Judges (MC) appointed without reference to their previous or original geographical location is  further evidence that  justice is national.  Sentencing Guidelines introduced in 2003 confirmed that courts were no longer to apply their own previously considered structured sentencing options which as I recall were hammered into us at training sessions and appraisals. The Guidelines,  we were told, were not to be considered straightjackets and could be disregarded provided a pronouncement was made to that effect in open court: so much for the theory.  It became apparent to me when sitting with new magistrates over the last few years that they were fearful when making sentencing decisions of not following the Guidelines as if in so doing they were on the road to perdition.  My impression was that initial training heavily accentuates the need to forget creativeness in sentencing and use the Guidelines as one would use a holy book.

With the government`s programme of court closures far from complete it is about time that those in opposition to closures in their neighbourhood should realise that "local" to the MOJ is water off a duck`s back.  Total control nationwide is happening as it is in other walks of daily life. The fact that there is now a coterie of Marxists of varying ideologies on the House of Commons front bench where there is, despite the outward appearances, a crave to nationalise everything that moves, has brought us a tiny step closer to the day when whatever Justices of the Peace do or are seen to be doing it will  not be in a courtroom.