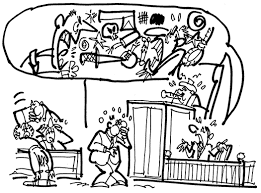 An interesting scene recently at Newcastle Crown Court where a prolific offender verbally abused an Asian Crown Court Judge led to HH stating that the foul outburst by said offender was disregarded in his sentencing decision.  In my limited consideration this soft approach to a reprehensible thug is not to be applauded.  Notwithstanding underlying judicial considerations to be alert to prison over population in a matter such as this in open court it does little to indicate what should be  our correct reaction to such contempt for judicial authority; namely that that piece of trash should have been charged with contempt and brought before another court that very day.